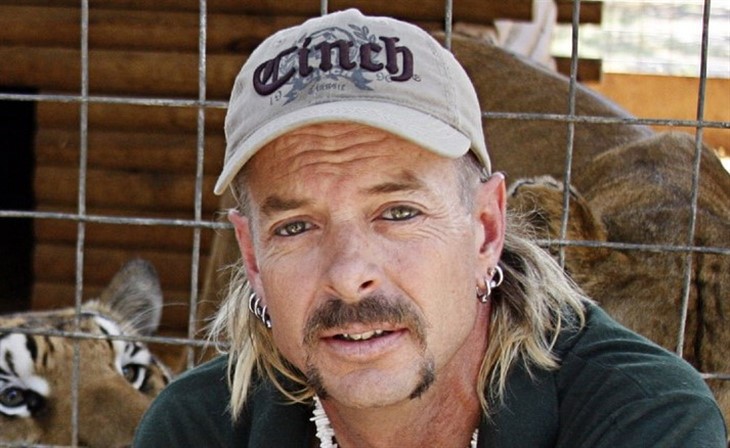 “Tiger King” is back! And it’s not any less exotic… or murderous than the last one. The lions and tigers are at it again, and their mad ruler is not done yet, not even in jail.

The jaw-dropping trailer for “Tiger King 2”, which will premiere on Wednesday November 17 on Netflix, has arrived and it’ll have fans making “a deal with the devil.”

“Tiger King 2” Is Coming To Set Things Right: “We’ve Only Scratched the Surface”

In “Tiger King 2”, Joe Exotic is in jail pleading his case. As fans already know in the first “Tiger King” movie, his case is certainly not an everyday one. “There’s an innocent man in prison,” Joe says in the revealing trailer.

“Everybody from the zoo is out there making money, and I’m paying the price for every one of them people.”

He is kind of right, at least in a way. Because he’s now the center of a hit Netflix series, and many other productions by the way. But it’s not only beneficial to the people in Hollywood who would cash in on the epic and weird story, zoo owners are seeing benefits as well. Zoo owner Jeff Lowe acknowledged that the series “changed our lives overnight,” leading him to make “more money than God.”

Season one of “Tiger King” premiered in March 2020, introducing viewers to big-cat lover Joe Exotic and his main competitor, Carole Baskin. The show created a big buzz in Hollywood, leading to an after show, multiple miniseries and celeb cosplay.

In fact, the popularity of the hit Netflix series brought about new federal charges for the zookeepers featured.
Joe is currently in prison serving a 22-year sentence for two different murder-for-hire plot counts after he allegedly tried to hire two hit men to try to kill rival Carole Baskin. But the world has moved on from him and authorities have been closing in to be able to get to the root of the true story behind the “Tiger King” saga.

From savage attempts at murder to drugs, sex, and conspiracies, “Tiger King” is ready to bring the big guns out.
In the trailer, we hear Jeff saying, “The plot to kill Carole was built on lies.” The trailer then draws the focus of the audience on what really happened to Carole’s first husband, Don Lewis.

A lot has happened since the first season aired. For one, Season one staple Erik Cowie, who previously worked for Joe Exotic, will obviously not be making an appearance as he was found dead at a New York City residence earlier this month at age 52.

While Carole prominently featured in the first-look trailer, it’s unclear whether she will participate in the second installment. She once revealed in a Page Six interview that she won’t be involved in future episodes of “Tiger King”.

“Tiger King 2” could possibly follow Joe’s resentencing after a court dismissed his 2020 sentencing, ruling that the pair of murder-for-hire counts should have been grouped as a single conviction.

Be sure to catch up on everything happening with “Tiger King” right now. Come back here often for all “Tiger King” spoilers, news, and updates.

Tiger King 2: Netflix Denies Carole Baskin Has A Claim Against The Promo