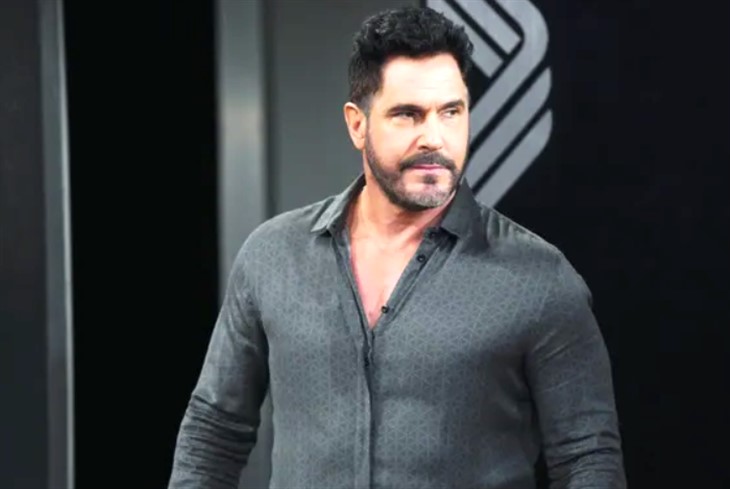 The Bold and the Beautiful (B&B) spoilers and updates say Katie might find that her estranged spouse is going to play dirty in his efforts to win her back. This may include going after Carter who has become a confidant and could end up much more.

Katie Logan Spencer (Heather Tom) told Carter Walton (Lawrence Saint-Victor) that she desires to move on and not reconcile with Bill Spencer (Don Diamont). Katie and Carter talked about desiring true love and Bold and Beautiful spoilers tease that this duo might try to do it together. This would cause Katie’s estranged husband to become enraged and turn his fury on Carter .B&B viewers know that Dollar Bill can be ruthless when he wants something.

B&B Updates – Dollar Spencer Bill Does Not Accept No

When Bill desired to raze the Spectra building he refused to listen to Sally Spectra’s (Courtney Hope) pleas to spare her place of business. Dollar Bill was determined to use the land to build Spencer Tower and had the building blown up. When he wanted to stop Brooke Logan’s(Katherine Kelly Lang) wedding to Ridge Forrester he had Justin Barber (Aaron D Spears) drop Ridge from a helicopter into the ocean. Spoilers tease that Bill might have something devious planned for Carter.

Dollar Bill is so self-absorbed that he does not realize that each time Katie chooses him, he always pursues her sister Brooke. Carter has been unlucky in love several times and recently was stunned that Quinn Forrester (Rena Sofer) would not run away with him. Carter and Katie are growing closer and spoilers tease they might end up in each other’s arms which would cause Bill to become outraged.

Dollar Bill will at some point hear the story of Carter and Quinn and would find a way to use it to his advantage. Spoilers have suggested that he might forgive Justin and enlist his help to keep Katie and Carter apart. His plotting and seeing Katie as a prize to be won are reasons she wants nothing to do with him.

According to The Bold and the Beautiful updates and spoilers, Bill’s scheming against Carter might backfire and push Katie further away from him and straight into his rival’s arms. Carter has not been one to play dirty and he wears his heart on his sleeve. He will not know what hit him should he face Bill Spencer’s wrath..