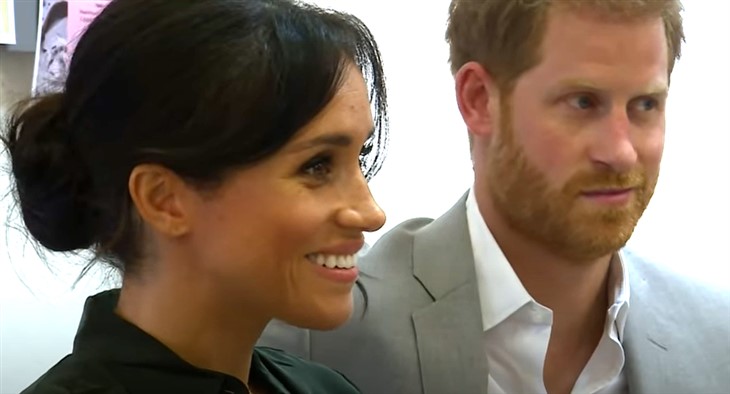 Netflix head honcho, Reed Hastings is pushing the company’s new deal with Prince Harry and Meghan Markle like it’s a “Going Out of Business Sale.” While ostensibly, the media giant is happy with bringing on Prince Harry and Meghan Markle to produce “inspirational” and “family-oriented” children’s shows, television series, films, and documentaries … some see a bit of panic in the sudden flurry to praise the Sussex’s in such a forceful, frankly over-the-top manner.

In other words, Mr. Hasting’s buttery speeches regarding Prince Harry and Meghan may be designed more to shore up and protect Netflix’s immense investment. While losing $150 Million due to a ginormous loss in Harry and Meghan’s popularity likely wouldn’t put Netflix out of business, it certainly wouldn’t make the company’s shareholders happy.

As part of Netflix’s PR move on behalf of their investment in the Duke and Duchess of Sussex, Mr. Reed spoke to CNBC’s Squawkbox. Speaking of the deal with Prince Harry and Meghan Markle, he said, “It’s gonna be epic entertainment—so excited about that deal. They’re smart (Harry and Meghan)—they were shopping it around across all of the major companies, and I think we really put together the best complete package, and we’re going to do a wide range of entertainment with them.”

Now, no one in their right minds believes that Netflix is going to allow Meghan Markle and Prince Harry to simply take wing and fly by themselves when it comes to producing content for the platform. Like Piers Morgan, a British commentator and serious critic of the Sussex’s has pointed out … Prince Harry and Meghan Markle’s combined qualifications for producing a community theater play would fit nicely on the back of a postage stamp.

In other words, neither Prince Harry nor Meghan Markle has any qualifications whatsoever for producing the kind of “epic” content Mr. Reed gushed about during his CNBC interview. The fact that Harry and Meghan Markle were offered the deal in the first place says more about Netflix betting on Prince Harry’s titles and connection to the British Royal Family than it does about any creative ability the duke and duchess might possess.

Thus, many believe that while Prince Harry and Meghan wanted to get away from the “controlling” nature of Buckingham Palace, they may simply have traded one micro-manager for another.

Meghan Markle and Harry Financially Independent But Still Not Happy

Whoever said that money could make people happy may not have had the pressure applied to them that Prince Harry and Meghan are sure to experience in the next five years. Should Meghan Markle and Prince Harry’s efforts to produce the kind of Netflix expects of them go awry; one can be sure that one of two things may happen.

The first is that Hollywood could blacklist Prince Harry and Meghan. If their deal with Netflix goes sour due to a failure on Harry and Meghan’s part to produce as expected, they’re not likely to find anyone willing to bet on them ever again.

The second is that while Meghan Markle and Prince Harry might be able to produce, they’ll find the controlling conditions imposed on them by Netflix just as unbearable as the situation they fled in London.

It remains to be seen if Reed Hastings will be as happy with Prince Harry and Meghan a few years from now as he seems today.