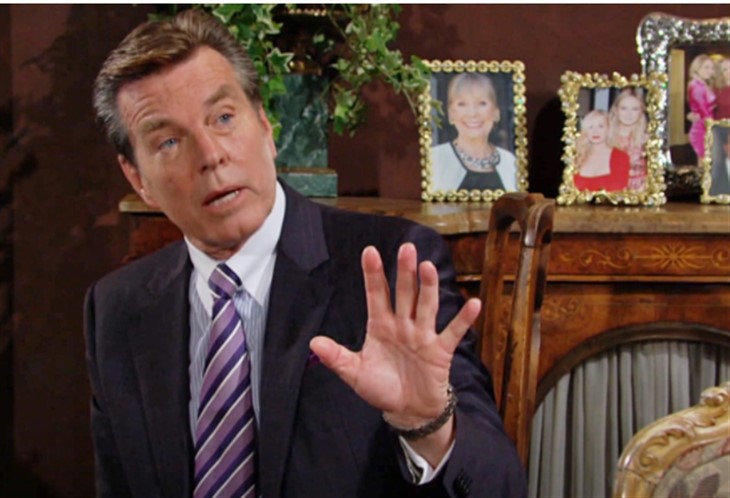 The Young and the Restless spoilers for Friday, June 11, 2021, reveal I Jack seemingly falling for the wrong woman, once again.

Fresh off falling for the much younger Sally (Courtney Hope), Jack (Peter Bergman( is back at it, growing closer to the much younger Tara (Elizabeth Leiner). So what if she is the mother of his alleged grandchild? Apparently, in Jack’s mind, Jack doesn’t age so why should his choice of women? The two got cozy the other day as Jack questioned her about her own family. We shouldn’t be surprised that she says she doesn’t have any.

On Friday, they talk some more and it’s obvious Jack is taking a shine to this girl. Little does he know Sally has already contacted her to screw with the Abbotts and make Kyle (Michael Mealor) fall in love with her. What if she decides to turn the tables on Sally and go after Jack instead? Ashland (Richard Burgi) did warn that it’s Tara you have to watch out for. If she sees something — or someone — else is in her best interest, will she go that way?

Amanda (Mishael Morgan) will not let anything go when it comes to her father and grandfather. She knows her grandfather isn’t on the up and up and she needs to know more about her father, so she goes back to Victor (Eric Braeden) without mentioning her connection to these men.

Needless to say, Victor is quite curious as to what this young lawyer wants with these men he has known for so long or knew long ago. Amanda hasn’t been in Genoa City long enough to know who she’s up against when she tries to play coy with Victor. If The Great Victor Newman wants to know something, he will find out and he might quite possibly break her down.

Will Amanda stand her ground with The Mustache or will she tell him she is the daughter and granddaughter of these men — and therefore so was the late Hilary? Will that prompt Victor to tell her more? Stay tuned to The Young and the Restless weekdays to see how these stories play out.