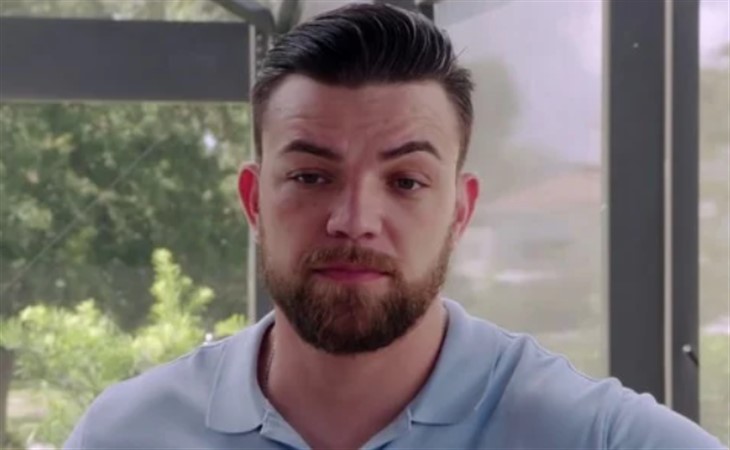 Andrei threatened to reveal Libby’s siblings in an exclusive interview with Entertainment Tonight. He declared he’s up for a fight as things are getting “harsh” and “fiery.”

Previously, Andrei was dragged by fans for asking his father-in-law Chuck to ask for a loan of $100,000 for his plans to start his own real estate business after just receiving his license despite being previously warned by Libby’s brother Charlie not to suck money from their father during their second wedding in Moldova.

Although Chuck rejected his request, he invited him to the family’s business and held a clan meeting in absence of Andrei to talk about the matter. But the meeting only aggravated the siblings to fight, as Charlie opposed the idea and suggested he should kiss his ass first to say sorry. Both Charlie and sister Becky accused him of taking advantage of the family’s wealth instead of him starting in his own humble ways.

But it seems like Andrei has had enough of the family drama this season and told ET’s Melicia Johnson he’s not surrendering for this fight.

“Maybe I’m prideful but I don’t think that’s a bad trait to have,” he defined.

“I’m gonna dig in your past as you dig into mine, I already know a lot of stuff and, you know, there’s a lot of surprises coming up over here in the upcoming episodes,” Andrei warned (referring to the Potthast siblings).

Andrei revealed he discovered a lot of things about them while working with Chuck, which he will bring to light sooner after the siblings “stepped on his tail.”

Andrei has found himself a cheerleader after Libby declared she’s supporting her husband no matter who is in the opposition and is not even “feeling bad at all” for her husband’s threat to expose her other siblings.

“I mean, if you walked into it, that’s on you. They did a lot of things to piss me off and at this point, I’m just kind of like, you guys are asking for it because he told them, ‘I’m warning you,’” Libby explained.

When asked about his move of asking Chuck for a loan, the participant said he didn’t feel bad about it since everybody asked for Chuck’s help financially. He went on accusing the siblings of being selfish for not wanting to share their “pie” and feeling intimated by his potential to take over the family business, which he claimed will ultimately happen.

The Moldovian citizen disclosed he hasn’t talked to Libby’s sib for already a year and doesn’t bother to say hi to them whenever he sees them.

Will this fight end in court?