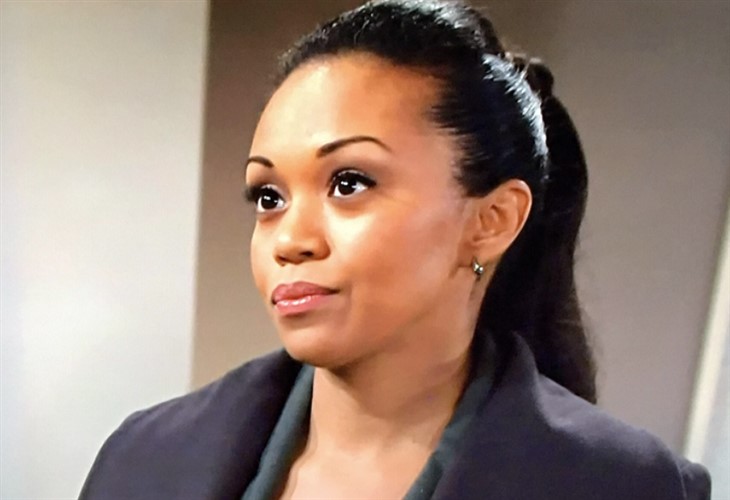 The Young and the Restless (Y&R)  spoilers for Friday, June 4, 2021, reveal Amanda digging deeper into her own past and coming up with the information she never expected — again.

Amanda Sinclair (Mishael Morgan) never really thought she’d get a clue into who she actually is when she knocked on Devon’s (Bryton James) door to take his billions from him. But she got that and even Devon in the end. She learned she had a twin named Hilary, that both of them were given away at birth, and that her real family doesn’t want anything to tarnish their image.

On Friday, she learns something more about her own father before he died and what her mother’s family did to him. Look for Amanda to be furious, emotional, and not sure what to think of her mother, sister, and especially her crooked grandfather.

Y&R Spoilers – Ashland Locke Has A Change Of Heart

Ashland (Richard Burgi) has been reeling for days after learning the little boy he thought was his is actually Kyle’s (Michael Mealor). He still has not completely absorbed the information despite being all ready to fight Tara (Elizabeth Leiner) for custody.

The Young and the Restless spoilers say that Ashland changes his mind about something on Friday. Will he let Harrison be and not try to take him for himself, being that he is still his legal father? Or does this have something to do with Victoria (Amelia Heinle)? They seem to really enjoy each other’s company so maybe he decides he’s going to stick around Genoa City for a while because he likes what (or who) he sees. Since Victoria has been quite bored and lonely for a long time now, this might come as good news.

The Young And The Restless Spoilers – A Romantic Surprise?

Victor (Eric Braeden) and Nikki (Melody Thomas Scott) don’t have much of a storyline of their own these days and have even stayed together for several years. Maybe it’s the time they take for romance that does the trick. On Friday, Victor has a huge surprise for Nikki that may take her breath away. And it looks like it’s a good surprise. Stay tuned to The Young and the Restless weekdays to see how these stories play out.