The Young And The Restless (Y&R) Spoilers: Victor Locks Chelsea Up, Throws Away The Key 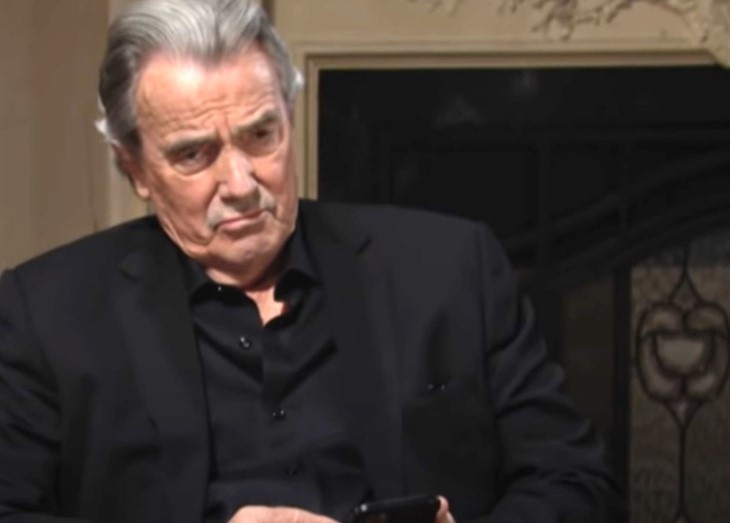 The Young and the Restless (Y&R) spoilers document that Victor Newman (Eric Braeden) recognizes that reality is beneficial to his strategy. He doesn’t want Chelsea Lawson (Melissa Claire Egan) to be part of or even to serve as a distraction in Adam Newman’s (Mark Grossman) life. So, a plan is being employed.

Victor wants Chelsea to willingly engage in therapy so that she can heal her mind. It’s true that Chelsea did go off-course and can benefit from professional treatment in the mental health facility where she’s confined.

But it must also be said that Victor is manipulating this situation for his own benefit. That’s something hardcore Y&R fans have come to expect with Braeden’s Machiavellian character through the decades.

Rey Rosales (Jordi Vilasuso) told his wife something revealing. He isn’t certain if Chelsea is being fully truthful. That is a problem since Rey is Chelsea’s victim and also the detective who was investigating her case.

Phyllis Summers (Michelle Stafford) recently told Nick Newman (Joshua Morrow) that Victor has control of his sons, but not his daughters. That’s a fair assessment. But Red’s slant will always be downward due to the Marco Annicelli (Peter Bergman in a dual role) arc.

There is no doubt that Victor’s influence is playing into Nick and Adam’s forming bond. Victor’s staunch support of Adam through the Kansas retro murder storyline brought him back into the fold. Establishing Newman Media then allowed a place for the renewed father and son bond to play.

Abby Newman Abbott Chancellor (Melissa Ordway) is not on the outs with her father. Plus, she’s caught up in the irregular Chance Chancellor (as last paid by Donny Boaz) storyline, which has her new husband out of town while the Chabs surrogate and donor baby tale seemingly fills plot space.

Victoria Newman (Amelia Heinle) stands alone, as she is fighting with her father.

Chelsea is generally a good strategist. She demonstrated that during her many go-rounds with Adam. But she’s limited her options in poisoning Rey, framing Adam for it, and then agreeing to Victor’s confession terms.

Grossman’s character has genuine feelings of remorse for Chelsea. He’s no threat, but Victor is. The Moustache meant it when he said that he will keep her locked up indefinitely if she doesn’t accept mental health treatment.

Viewers are expecting Chelsea to go along with Victor for the time being. But summer fireworks and a coming change in Chelsea’s status are anticipated, with Victor being leery of a fake-out or rebellion at any point.

This site is a leading source for everything linked to The Young and the Restless recaps. Check back regularly for Y&R spoilers and news!