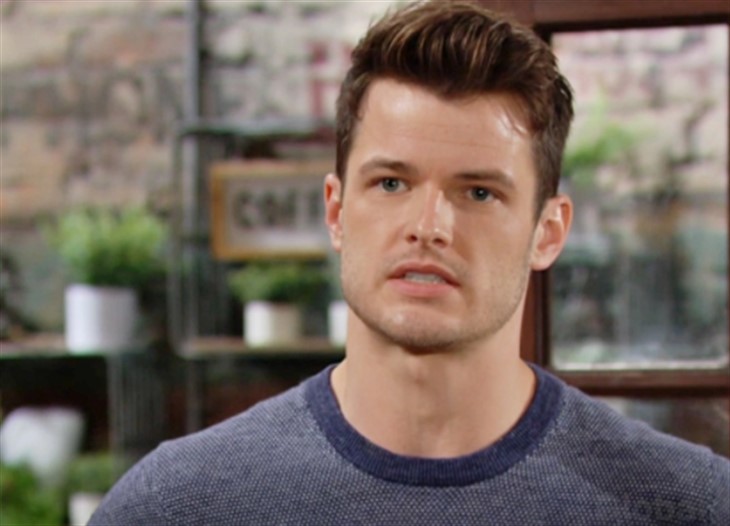 The Young and the Restless (Y&R) spoilers for Monday, May 31, 2021, reveal Kyle finding out if he is a proud papa or not.

Kyle (Michael Mealor) has believed he is young Harrison’s father for months. After all, Tara (Elizabeth Leiner) told him he and even Theo (Tyler Johnson) said he has to be the dad. So, why not believe Tara? She seems rather trusting. She even told him they now need to prove that Kyle is the dad in order to keep Ashland (Richard Burgi) away from the boy.

So, Kyle and Harrison had their cheeks swabbed, with it happening to the child off-camera with his mother present. Then, everyone settled into the Abbott mansion to await the results. Now that they are here, will Jack (Peter Bergman) learn he is a grandfather? After all, Ashland already warned him Tara is not who she seems to be. So, if Jack learns he is a grandfather and Kyle learns he is a father, will it even be true? We all know how DNA tests work on soaps.

Summer (Hunter King) may be a grown-up but her parents feel she is suffering dreadfully. After all, she is a precious snowflake who can manipulate with the best of them even at her young age. Still, Nick (Joshua Morrow) and Phyllis (Michelle Stafford) are there to lend support to their daughter. They may be overbearing and ridiculous but they are still her parents.

Maybe Summer got some of her manipulation skills from her grandfather, The Great Victor Newman (and the rest of them from Phyllis). Victor (Eric Braeden) is out there plotting with Chelsea (Melissa Claire Egan) in the mental health facility as he advises her to just keep with their plan and not rock the boat.

However, it’s clear that they are both conning one another and Chelsea might very well be going behind Victor’s back as she always does. She just wants Connor and will do anything to make sure she can get to her son and keep him as soon as possible. Stay tuned to The Young and the Restless weekdays to see how these stories play out.