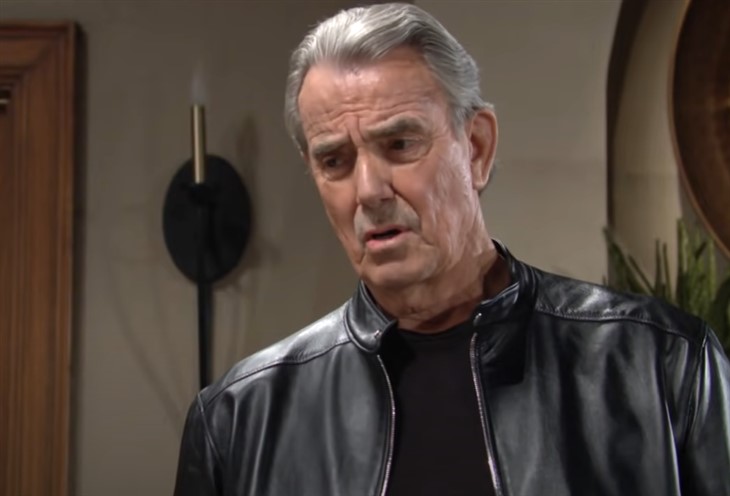 The Young and the Restless (Y&R) spoilers for Tuesday, June 1, 2021, reveal Billy thinking he’s in the clear but there’s Victor again.

The Great Victor Newman (Eric Braeden) often has a one-track mind when he doesn’t like someone. Hurt that someone as much as possible. Sure, he doesn’t want to see Billy (Jason Thompson) die because that would hurt Victoria (Amelia Heinle) and his grandchildren, but if he can just mentally and financially suffer, that’s perfectly ok with Victor.

So, that’s what Victor is going for as he warns Billy that ChanceComm is in trouble. Newman Communications is going to make life hell for him and Lily (Christel Khalil), and Billy thinks he is up to the challenge. After all, he now has Lily by his side in business and in pleasure and they even share a home together now. Between the two of them, Victor and Victoria stand no chance of hurting them. They could very well be very wrong.

Y&R Spoilers – Nick Newman Has A Change Of Heart

Victor was at least happy that Adam (Mark Grossman) and Nick (Joshua Morrow) were at least making an attempt to get along and be brothers. They even watched baseball together although Adam admitted he would have rather been alone reading a book. Yes, the brothers are as different as night and day.

Now Nick is having second thoughts about being nice to Adam and actually forming a relationship with him and he tells Phyllis (Michelle Stafford) his thoughts. What has Adam done now to get Nick in a bit of a snit? And will Phyllis be able to talk him into giving Adam another chance?

Kevin (Greg Rikaart) really does not want to raise two small children on his own. Yes, he’d rather do it with their mother by his side so he has to make sure their mother doesn’t go to prison. To that end, Kevin is the one who may finally convince Chloe (Elizabeth Hendrickson) to betray Chelsea (Melissa Claire Egan) and tell Rey (Jordi Vilasuso) and Michael everything she did to help her BFF.

She can admit she had no idea what she was doing could kill Rey, but she’d also have to explain why she didn’t come forward when she realized what Chelsea was up to. Stay tuned to The Young and the Restless weekdays to see how these stories play out.