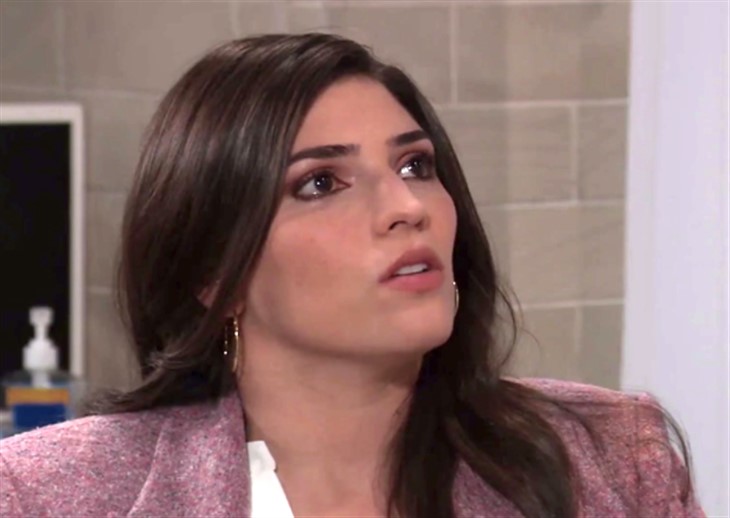 General Hospital (GH) spoilers and updates reveal Brook Lynn Quartermaine (Amanda Setton) and Harrison Chase (Josh Swickard) are friends. They have had a complex history. Chase has arrested Brook Lynn on different occasions for disrupting the peace. Brook Lynn understood that Chase was doing his job as a police officer. Brook Lynn found herself in trouble. She needed to break her contract with her record producer Linc Brown (Dan Buran). She tried to get her father Ned Quartermaine (Wally Kurth) to help her to terminate her contract with Linc but Linc would not let Brook Lynn out of the contract.

Later Linc agreed to break the contract if Brook Lynn gave him her ELQ shares. Brook Lynn agreed to give Linc the shares to get out of her contract. She did not know that Linc was working with Valentin Cassadine (James Patrick Stuart) who wanted to take over ELQ. Valentin informed the Quartermaine family that he was in control of ELQ which upset Ned. Brook Lynn and Ned started to have trouble with their relationship because of the situation with ELQ. Chase offered Brook Lynn support when she was having trouble with Ned.

Valentin gave Brook Lynn a position at Deception the company that he helped to fund. Brook Lynn was going to be the Voice of Deception. However, Nelle Benson (Chloe Lanier) attacked Brook Lynn which caused damage to her vocal cords. Brook Lynn did not want to go home to recover and Chase let her stay with him. Brook Lynn had a one-night stand with Valentin after she lost her job at Deception. Later she left Port Charles because she thought she might be pregnant with Valentin’s child.

Brook Lynn returned to Port Charles and told everyone that she was pregnant. However, Brook Lynn is not pregnant but wants to get Valentin to give her back her ELQ shares. Brook Lynn is working with Maxie Jones (Kirsten Storms) to take Maxie’s daughter Louise to pass off as her baby with Valentin. Maxie believes that Louise’s father Peter August (Wes Ramsey) should not be a part of his daughter’s life. Valentin has agreed to give Brook Lynn her ELQ shares back to be a part of his child’s life. Brook Lynn will be taking on the role of mother to Louise because Maxie has given birth to her. Brook Lynn and Valentin are not a couple. They will be acting as co-parents to Louise. Brook Lynn may turn to Chase for help while she adjusts to being a single mother.

Chase is facing a serious medical crisis. He was accidentally poisoned by Peter. Chase’s father Dr. Hamilton Finn (Michael Easton) is trying to find a way to save Chase. Chase has been trying to make his relationship with Willow Tait (Katelyn MacMullen) work again. They had been separated after Chase and Sasha Gilmore (Sofia Mattsson) faked an affair. Michael Corinthos (Chad Duell) and Willow had believed that they needed to get married to protect Wiley Quartermaine-Corinthos (Theodore and Eric Olson) from his mother Nelle. During their separation, Willow married and fell in love with Michael. Later Willow and Michael got an annulment but they still wanted to be together. Willow has been trying to be supportive of Chase because he is ill but she wants to be with Michael. Eventually, Chase will find out that Willow and Michael are together. He may need to turn to Brook Lynn in order to heal.

General Hospital Chase and Brook Lynn could find love from facing their different difficulties together. Chase needs to recover from being poisoned. He will need to find a way to let Willow go. Can Brook Lynn help Chase to get over Willow and get better? Brook Lynn is going to need to be a good mother to Louise. She will need to keep the fact that Louise is not her daughter from everyone. Can Chase help Brook Lynn to take care of Louise? Tune into General Hospital to find out if Chase and Brook Lynn will become a couple in the future.