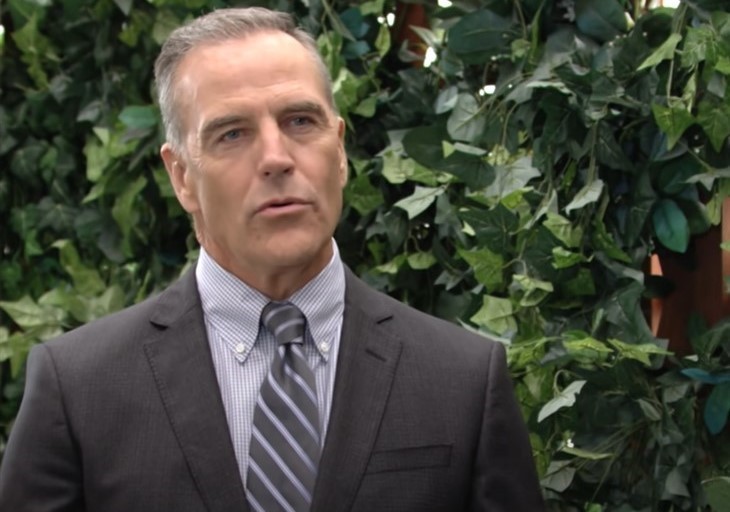 The Young and the Restless (Y&R) spoilers reveal that Kyle Abbott (Michael Mealor) is Harrison Locke’s (Keller Enriquez) father. Ashland Locke (Richard Burgi) plans on fighting it and proving Harrison is his son. However, by the end of the week, Ashland has a change of heart. Would he really abandon the child, which could make the little boy heartbroken and confused?

The Young And The Restless – Kyle Abbott Is The Father

Y&R spoilers reveal that the paternity test results come in. Kyle and Tara Locke (Elizabeth Leiner) allow Ashland to come over to spend time with Harrison. Suddenly, Kyle zips into the room and holds up an envelope. He blindsides Ashland by admitting he had a paternity test done and reads the results. According to the lab report, Kyle is Harrison’s biological father.

In the new issue of Soap Opera Digest, Mealor explained that Kyle thought of telling Ashland he was getting a paternity test. However, he didn’t want to give Ashland time to fire back or come up with another retaliation scheme. So, he waited until the results were in. Ashland is “dumbstruck” by the information he hears and doesn’t believe that it’s true.

The Young And The Restless – Investigating Paternity Results And Laboratory

The Young and the Restless spoilers reveal that Ashland never connected the dots. Even though Tara had an affair, it never occurred to him that Harrison might not be his son. He plans on having a full investigation done. He intends on proving Kyle and Tara have concocted a scheme to affect child custody. Knowing Ashland, he will probably have the paternity test results analyzed by another lab. Perhaps he will even have the laboratory itself investigated and all the employees interrogated.

A few weeks ago, Kyle asked Tara how Ashland would react if he were not the father. He didn’t want Ashland to take out his anger on the little boy. He was also worried about Ashland suddenly abandoning Harrison, leaving the boy confused and traumatized. She insisted that would never happen and Ashland adores Harrison. However, he’s also been raising a child that is not his. Ashland might adore Harrison, but he also doesn’t seem like the type that is capable of real love. Everything is a transaction to him… including his family.

The Young And The Restless (Y&R) Spoilers: Amanda Gets Shocking Newshttps://t.co/ka2OawVMqq