The Young And The Restless (Y&R) Spoilers: Elena Fights Imani For Nate 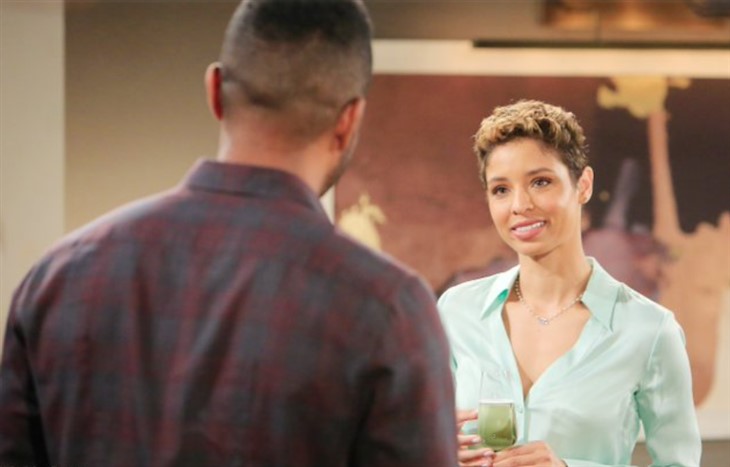 The Young and the Restless (Y&R) spoilers reveal Elena still pining for Nate and realizing she may have some competition for the man she’s been jerking around for nearly a year.

Amanda (Mishael Morgan) and Devon (Bryton James) are firmly a couple now that he seems to be totally over the very confused Elena (Brytni Sarpy). So, Devon gets to be with the woman who looks just like Hilary and Elena gets to be alone, or at least try again with Nate (Sean Dominic).

They seem to be getting closer but are not that close yet. Even when they were together, Nate knew he could never be sure she wasn’t thinking about Devon. When she called him Devon during an intimate moment, Nate had enough of her for the time being.

And just when Elena thinks she doesn’t need to be alone because Nate is looking at her with those eyes again, the Hilary-Amanda connection strikes and Elena is not prepared.

Nate already spotted Imani (Leigh-Ann Rose) at Society and liked what he saw. They struck up a conversation, she mentioned she wasn’t from GC, but also made sure Nate took note that she likes what and who she sees in this Wisconsin city and maybe spending a lot more time there.

Imagine Elena’s reaction upon learning that Nate is becoming friendly with another one of Hilary’s sisters. She just can’t escape that woman even when she’s dead. Elena is insecure and neurotic enough. Will she be able to handle this?

And will Elena fight for a man this time instead of falling into bed with another man when the going gets tough? Imani looks like a woman who knows what she wants and will go after it with a vengeance if she has to.

The Bold And The Beautiful (B&B) Spoilers: Liam Is Finally Under Arrest, Hope Shattered