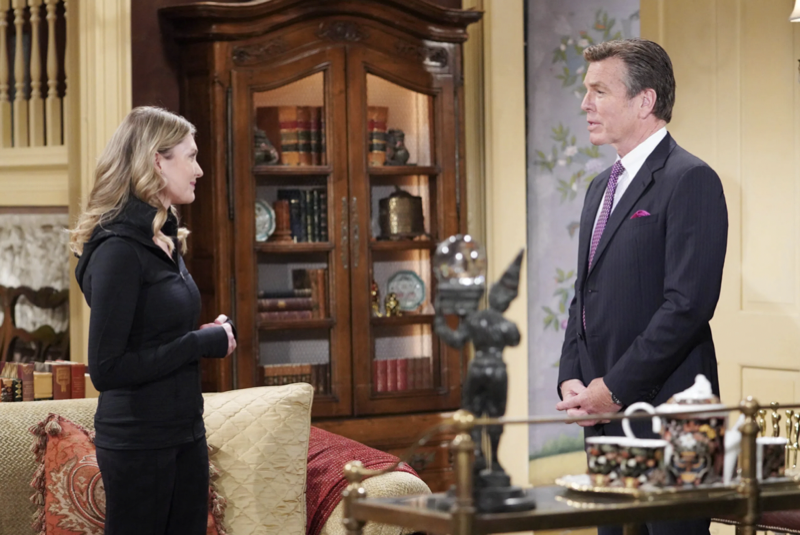 The Young and The Restless (Y&R) spoilers tease the next couple of weeks, June 7-11 and June 14-18 hold some exciting drama for viewers of The Young And The Restless. Here’s what’s happening in Genoa City for the next two weeks!

The Young And The Restless Spoilers – Victoria Newman’s Unexpected Invitation

First, during the week of June 7-11, Victoria Newman (Amelia Heinle) will receive an unexpected invitation. Viewers will recall that she seemed to be getting pretty cozy with Ashland Locke (Richard Burgi) in previous episodes, much to her mother’s chagrin. While he’s with Victoria, Ashland will receive a call that seems to be disturbing to him – possibly something regarding Tara Locke’s (Elizabeth Leiner) turning down his request for shared custody of their little boy Harrison Locke (Kellen Enriquez).

Victoria will be surprised by his request that she join him, in New York City! Not only is he talking about keeping him company, she realizes he is talking about “keeping company” when he mentions a dinner date at a fancy New York restaurant! It looks like the two may turn out to be the next power couple on The Young and The Restless!

Also during the week of June 7-11 on The Young and The Restless, Rey and Sharon Rosales (Jordi Vilasuso, Sharon Case) will discuss their future. The couple has been through quite a few rough spots in their relationship and marriage, and they’ll want to make some pleasant memories. Now that Rey no longer fears Sharon will go back to Adam Newman (Mark Grossman) in a romantic way this should be easier. They will talk about planning a second honeymoon.

Meanwhile, Rey will stir up some drama for Adam later on, although unintentionally. Rey and District Attorney Michael Baldwin (Christian LeBlanc) will strategize concerning Chelsea Lawson (Melissa Claire Egan) and the fake breakdown that they both suspect. Rey and Michael hope to prove that Victor Newman (Eric Braeden) was a big part of helping Chelsea to fake her breakdown in order to avoid criminal charges for poisoning Rey. When Adam learns of it, he’ll lash out at Rey as he sits at Crimson Lights having a cup of coffee with Nick Newman (Joshua Morrow). Adam doesn’t like what Rey is doing to Chelsea, and he would rather that he just accept the judge’s decision. Rey, however, will proceed with his plan. Adam will be keeping an eye on him, just in case.

Kyle Abbott (Michael Mealor) will continue to bond with his son, Harrison Locke as well as grow closer to Tara during the week of June 7-11. However, Summer Newman (Hunter King) will fail to make friends with the little guy, and he may be confused thinking that now he has two mommies as well as two daddies! Kyle’s continuing to get closer to Tara as part of the package of bonding with their son of course will cause more stress in Summer’s relationship with Kyle.

Sally Spectra (Courtney Hope) makes a new alliance with someone, and it could prove dangerous! She tried to get friendly with Ashland Locke in a recent episode of The Young and The Restless, and it could either be him or Tara that she joins with. Tara and Sally didn’t get along so well previously, but if Kyle is Tara’s endgame then eliminating Summer from the equation could be a common goal. But if she teams with Summer, Ashland could think Sally is double-crossing him. Sally needs to watch her step – if she thought Dollar Bill Spencer (Don Diamont) was bad back in LA, he’s a kitten next to Ashland Locke’s roaring lion!

The Young And The Restless (Y&R) Spoilers: Victor Locks Chelsea Up, Throws Away The Key https://t.co/HPXadUADva pic.twitter.com/0BDJ8tPK2K

During the week of June 11-18, Sally will continue her war against Summer, and that could be in tandem with that dangerous scheming partner. She – or they – will be targeting Summer, but some of the blowbacks may hit Kyle as well. Sally won’t care, since it looks like her possible romance with his father Jack Abbott (Peter Bergman) is a ship that has sailed.

Sally’s revenge plot appears to be full speed ahead, however! Meanwhile, Abby Newman-Abbott-Chancellor (Melissa Ordway) will grow concerned when Chance Chancellor’s (most recently played by Donny Boaz) appears to go missing in action. It, of course, is possible that he has had to go under deep cover on his mission, and his mother, Nina Webster (Tricia Cast) may mention that. Either way, Chance’s lack of communication with Abby will rattle her quite a bit and Christine Williams (Lauralee Bell) will offer her help in tracking Chance down.

Meanwhile, Abby and Chance’s surrogate, Mariah Copeland (Camryn Grimes) will need to get something off her chest and confide an issue in someone. Perhaps she’s starting to get attached to the baby she’s carrying, but time will tell. Back to Victor and Victoria, he too will take concern about Victoria’s burgeoning romance with Ashland Locke, and warn her against it. However, as viewers of The Young and The Restless know, she’ll probably just ignore her father’s advice.