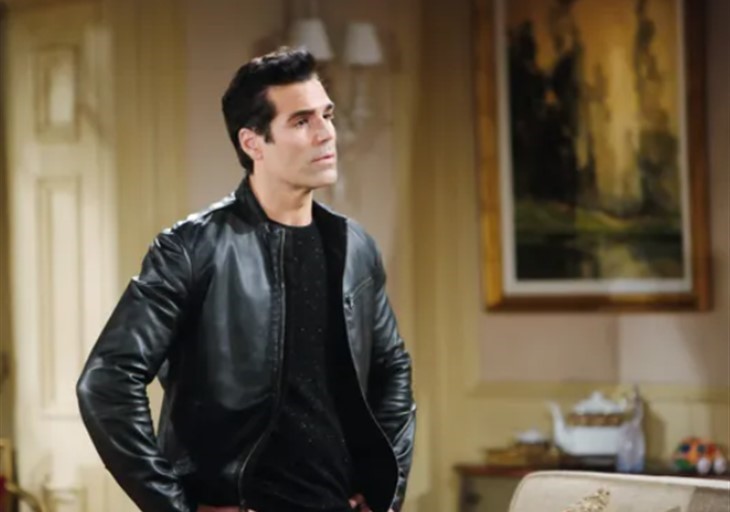 It never made sense to Rey (Jordi Vilasuso) that Chelsea (Melissa Claire Egan) was able to cunningly try to kill him alone. She had just recovered from a stroke and wasn’t even telling anyone. How could she manage that alone especially if she was doing it all with insanity as the plea?

Michael (Christian J. Le Blanc) wanted to believe her story and even managed to get a judge to believe it and lo and behold Chelsea will not go to jail. But now Rey and Michael are thinking jail is exactly where Chelsea belongs and they are pretty sure who her accomplice was as well. With Michael having a familial connection to the suspected accomplice, they decide to team up and see what they can find — or who they can break so she’ll tell the truth. Calling you, Chloe (Elizabeth Hendrickson).

Now that Kyle (Michael Mealor) knows he’s Harrison’s father, he thinks he has the upper hand and is suddenly no longer scared to death of Ashland (Richard Burgi). He’s been so emboldened that he demands Ashland leave Tara (Elizabeth Leiner) alone. Kyle is apparently the big man now and can do and say anything he wants, but will it all backfire on him?

The Young And The Restless Spoilers – Sally Spectra Plots Again

Sally (Courtney Hope_ is persona non grata to just about everyone in Genoa City but for some reason, she is still there. She has no job, no much older man wanting to date her, no family, and no friends. She only seems to talk to her grandmother on Zoom. She gets those pep talks but her life still doesn’t seem to be going anywhere.

But on Thursday she makes an unholy alliance with a mystery person. Is Theo (Tyler Johnson) back or does she team up with Summer (Hunter King) for some reason? Whatever Sally is up to, it’s usually no good and maybe she should go back to LA. Stay tuned to The Young and the Restless weekdays to see how these stories play out.