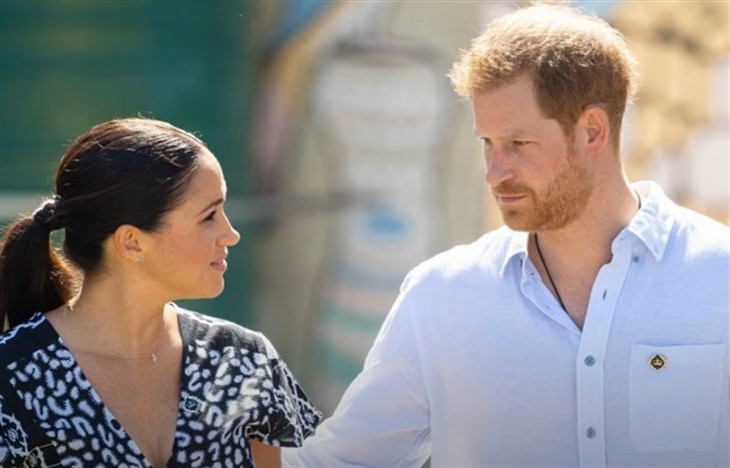 British royal family news reveals that a source is spilling some news about Prince Harry, Duke of Sussex and Meghan for them, letting the word out that they are still not pleased with his father, Prince Charles.

According to the source, the couple who abandoned the royal family then went on a televised spree trashing them to high heaven, are reportedly displeased that said family aren’t paying enough attention to them.

Stewart Pearce (Princess Diana’s former voice coach) told Us Weekly that the pity party pair are trying to keep their mind off the lack of contact by focusing on their newborn daughter and the life they’re living in California.

They relocated there after telling the world that royal life was suffocating them and that “financial freedom” was their priority, not royal duty.

According to Pearce, “Charles is well known for distancing himself from emotionally heightened situations as he is a very caring, sensitive man, and therefore chooses to wait to let strong feelings settle down before responding.”

Let’s make one thing clear: Harry accused Charles of being an unfit parent, that kind of public humiliation doesn’t fade away overnight.

Harry has made it a hobby to trash his dad, and now he is blasting him for keeping a safe distance? Priceless.

Harry chose to dissect his relationship with his father in multiple public forums, without giving Charles a chance to defend himself. First, there was his dirty laundry March interview with Oprah Winfrey, followed by a couple more sit-downs with her. He also appeared on a podcast last month, whining about his dad and ranting about how the “pain and suffering” his parents went through affected him.

If you are thinking that his unresolved feelings about long ago events would be best aired in a proper therapy session, you’re not wrong.

Prince Harry Is Complaining About His Father Prince Charles

Unable or unwilling to keep the cameras out of his life, Harry himself televised one of his therapy sessions. The wisdom of that decision aside, one wonders if he has heard of family therapy?

That would surely be a better way of privately trying to mend fences, if Harry means to do so, than trotting out friends and acquaintances to speak publicly for him.