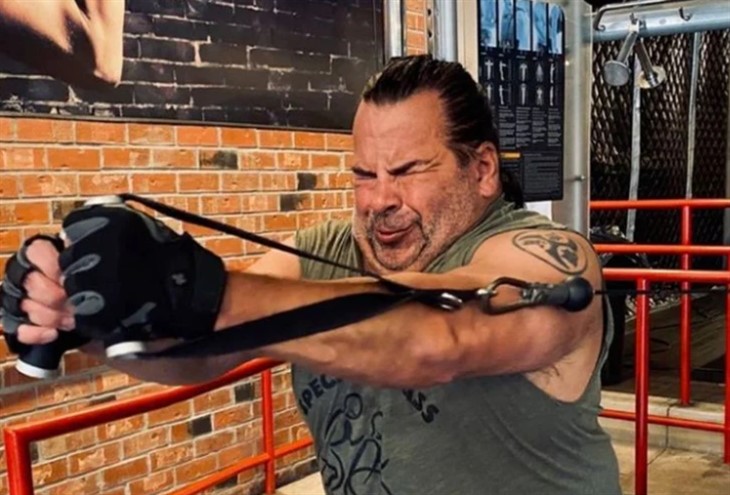 90 Day Fiancé star Big Ed has been receiving a lot of hate since his explosive Tell-All segment with his ex, Liz Marie. Apparently, Liz has been trying to kick Big Ed out of the show. However, she’s frustrated that TLC doesn’t seem to care about the petition.

Now, it appears that Big Ed is making efforts to make up for his mistakes. He’s been focused on working on his body as well. He recently shared a photo during his workout session and fans are seeing good progress.

In an Instagram post, 90 Day Fiancé star Big Ed shared a photo showing off his major body transformation. The ex-boyfriend of Liz Marie has been keeping himself busy at the gym and all his hard work is starting to pay off.
In the snap, Ed’s shoulders appear to have a more defined shape now. His legs are also starting to form more muscles. Fans also can’t move on from the 90 Day Fiance star’s tattoo of his face on his legs.

It’s clear that Big Ed has been putting on a lot of work on the gym lately, and he has the support of his fans. Many wanted him to focus more on his diet instead of making “mukbang” videos on YouTube.

90 Day Fiancé star Big Ed has been trying to spread positivity on social media lately. His motivational posts also come after his intense Tell-All segment with his ex, Liz Marie.

Ed raised some eyebrows during the explosive reunion special. Apparently, it was revealed that he met with other women shortly after his split from Liz. This irked many viewers, including some of his fans.

Now, the 90 Day Fiancé star seems to make an effort to win his fans back. Big Ed has been sharing encouraging posts on Instagram lately — a far cry from his past content.

90 Day Fiancé star Big Ed is once considered one of the most popular stars in the history of the show. However, as time goes by, fans started to hate his antics as they began to learn more about his real personality.

Big Ed’s breakup with Liz Marie also damaged his reputation even further as fans are siding with Liz to sign a petition to remove him from the reality show.

However, TLC remains silent about the issue. Due to this, Liz took social media to call out the network company for tolerating Big Ed’s supposed foul behavior.