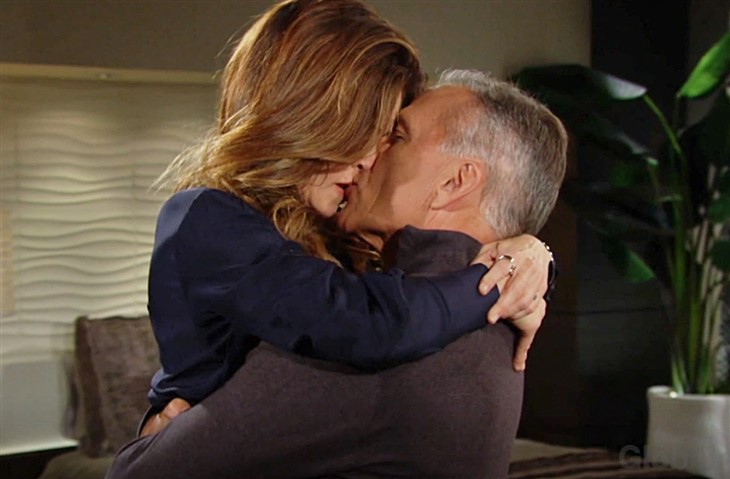 The Young and the Restless (Y&R) spoilers document that Victoria Newman (Amelia Heinle) welcomed Ashland Locke (Richard Burgi) into her home. This rapid advance of Vashland feels wrong to the connected characters and may be a foreshadowing wink to the fans.

As of the moment, Ashland hasn’t been proven as a liar. His stated diagnosis stands. He’s dying of cancer and has somewhere around six months to live.

Victoria’s sudden fall into love with a man, who is the east coast Moustache, has been unusual. Her initial play for the Locke Communications Group (LCG) led to a fully budding romance in July.

The Young And The Restless Spoilers – Tara Locke Treated Well

Ashland was incessantly bad-mouthed by Kyle Abbott (Michael Mealor) as the worst thing this side of Neptune. Then, Burgi’s character made his debut and Tara turned out to be the bad guy.

By her own words, Tara was treated well by Ashland. He was also a good father to the boy he was told was his own flesh and blood.

Harrison Locke’s (Kellen Enriquez) welfare should be Tara’s focus. But she’s all-in on trying to secure Kyle as her next husband. As for the Ashland assessment, it’s incomplete as of deadline.

Victoria still lives under her parent’s thumb. Would she be the Chief Executive Officer of Newman Enterprises if Victor Newman (Eric Braeden) wasn’t her father? Probably not.

Should Nikki Newman (Melody Thomas Scott) and her many times husband be the ones to give Victoria relationship advice? Yes, because they are her parents and instinctively know what’s best.

As for Billy Abbott (Jason Thompson), he isn’t acting like the boy Victor falsely labels him as. Instead, Billy is looking out for the mother of his children, who has involved herself with a self-labeled shark.

When Victoria sets her mind to anything, she often achieves her goal. More than any of Niktor’s children, Victoria is the highest achiever.

It is also fair to say that Victoria is the most like her father. Her coup, in merging Newman Enterprises with LCG was masterful, as long as Ashland isn’t pulling a fast one with his diagnosis.

As for involving herself with a dying man, Victoria is displaying the compassion gene she inherited from her mother. Victoria’s heartfelt feelings for Ashland are hopefully part of a great storyline.

But this is daytime. So, it’s right to be suspicious of Ashland’s behavior, as Victoria may come to conclude as well.