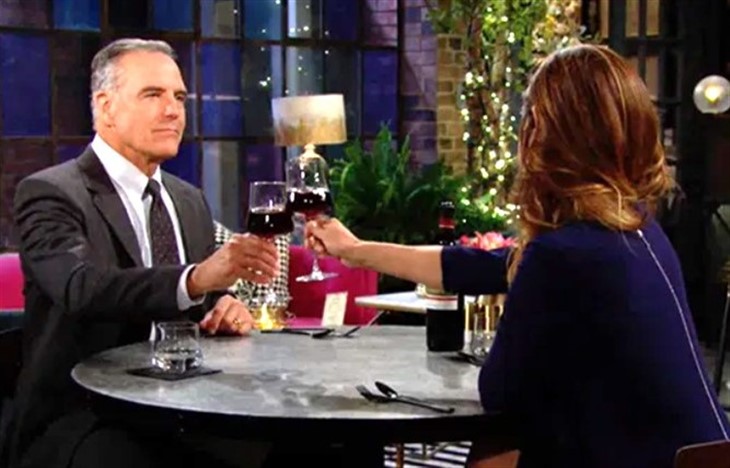 The Great Victor Newman (Eric Braeden) is furious enough at Victoria (Amelia Heinle) for merging the company he built from the ground up with Ashland Locke’s (Richard Burgi) company, but Victoria is going to do what she wants because she has earned this right. It’s her company now.

And Ashland is her new very close friend. Neither of them is happy when Ashland’s breathing issues in the park with Harrison become public news and Ashland thinks he should just come clean about his illness. It’s Victoria who doesn’t want his health news to interfere with their business announcement on The Young and the Restless. But that doesn’t stop her from asking Ashland to move in with her so they can make the best of whatever time he allegedly has left. She’s fallen for the guy and just wants to be with him.

Victoria has a habit of asking men to move in with her when she hardly knows them, which can’t be healthy for her own two children, but this is Victoria and this is what she does. She had some nerve complaining to a certain someone about his involvement with Lily (Christel Khalil).

Billy (Jason Thompson), Nikki (Melody Thomas Scott), and Victor do not like this idea at all, prompting them to want to learn as much as they can about Ashland’s life — for Victoria of course.

The Young and the Restless spoilers show Victoria doesn’t realize the can of worms she is opening here because perhaps her loneliness got in the way and she is not as savvy as she likes to think she is.

We know Tara (Elizabeth Leiner) is pulling a long con on the Abbott family but is Ashland pulling a long one on the Newmans and Victoria? Could they be teaming up together to bring the two most powerful families in town down? It’s quite possible. Or they can be exactly what they seem. A crazy woman and a dying man who will somehow find a miracle cure.