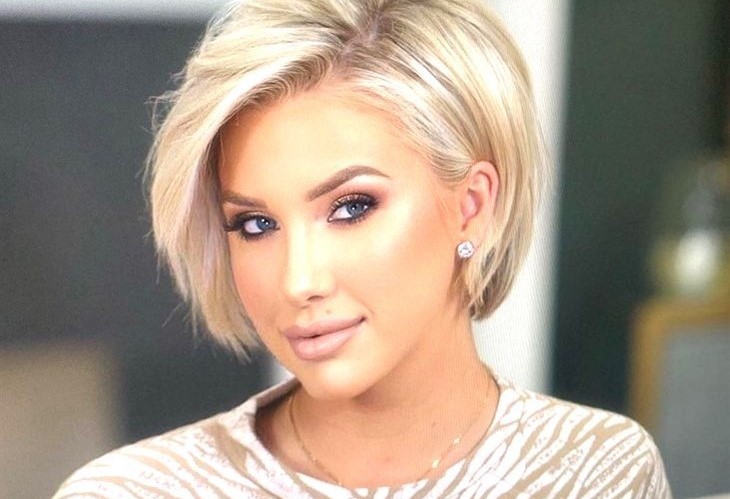 Savannah Chrisley shared about her new bronzer for Sassy by Savannah for a while now. She revealed photos of models trying it out, plus she used it herself. So, Chrisley Knows Best fans seemed impatient for it to launch. Well, on July 21, she announced that it’s available. Actually, her cosmetics line seems very popular with those who tried her products. Plus, USA Network fans think that she makes an awesome model for her own products.

USA Network fans rave about how stunning and beautiful Todd’s daughter looks when she models her clothes. Perfectly made up, she really needs to look no further to promote her products. One fan said that she feels “obsessed by [her] beauty,” and she’s not alone. That comment came at the end of June when she posted a photo when she used her own bronzer. She promoted her Sassy Savannah bronzer and told her fans that it launches sometime in July.” True her word, she announced the availability on July 21.

Savannah Chrisley also told her fans that she works on producing fragrances for the cosmetic line. Naturally, fans already clamor for that as well. Perhaps it comes out in August as on July 21, in another post, Savannah told her fans, “A WHOLEEEE LOT OF PRODUCTS ARE LAUNCHING STARTING IN AUGUST-DECEMBER!!” Additionally, the accompanying video revealed her spraying herself with her new fragrance.

One Chrisley Knows Best  fan with a very telling user name of @kengotfreckles wrote, “You already know I need this, Bronzer is LIFE!” Then another fan noted, “Just purchased my first Sassy order! I’ve been searching for a new bronzer & this one looks 😍 stunning!!” Plenty of similar comments rolled in, and this one also arrived: “I’m ordering mine today!“

Over on the website for Sassy By Savannah, the product is advertised as the “GOLDEN BRONZER + KABUKI BRUSH KIT.” It costs $16, which seems competitive. It’s also described as a two-tone bronzer. That makes it blendable, which gives a more natural color of warmth. Unfortunately, the bronzer’s too new for any reviews, but we’ll definitely keep an eye on that for our readers. Some fans wondered if it’s available for shipping to the UK. Unfortunately, Savannah Chrisley didn’t reply. The site only says that “Shipping & taxes are calculated at checkout.” 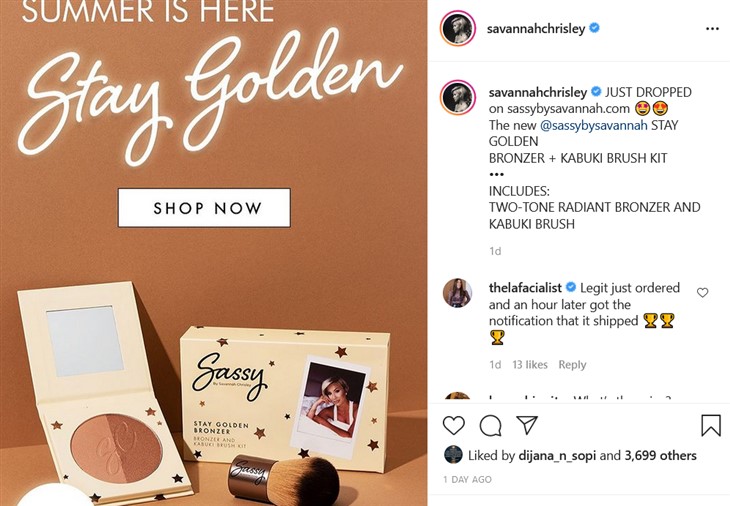 A lot of Sassy by Savannah fans come from the fanbase who love watching the Chrisley Knows Best and growing Up Chrisley shows. On August 12, both shows premiere back to back on the USA Network and will air on Thursdays..

Remember to check back with us often for more news and updates about Savannah Chrisley and her Sassy by Savannah cosmetics line.