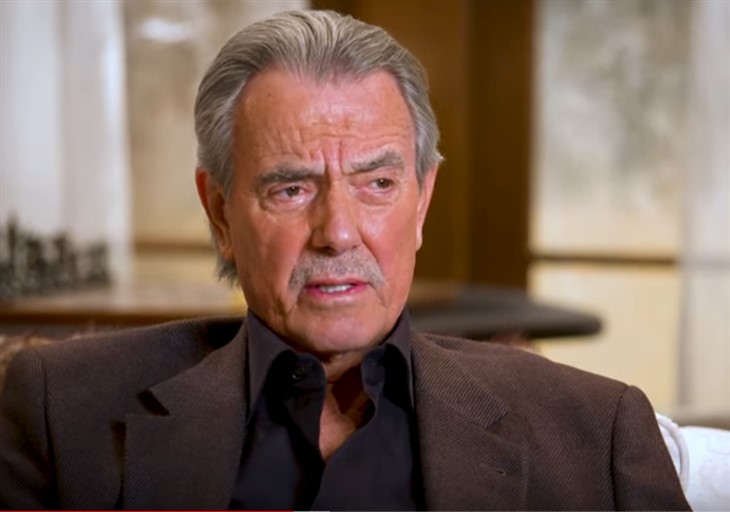 The Young and the Restless (Y&R) spoilers tease that Eric Braeden (Victor Newman) is a legendary actor, a daytime icon. So when he gives a thumbs-up to a costar, you can bet he’s impressed. The Emmy winner just recognized Richard Burgi’s character Ashland Locke, does this mean the Locke Ness Monster is sticking around Genoa City, Wisconsin, despite his fatal diagnosis?

The Young And The Restless Spoilers – Eric Braeden Praises Costar

When a fan tweeted that they liked, “the idea of Ashland, Victor, and Jack as business rivals,” Braeden responded that Burgi is a “fine actor” and a “great guy.”

Fans think the same thing, with the character catching fire now that he’s in bed, so to speak, with Victor Newman’s daughter Victoria Newman (Amelia Heinle). What comes next for the business mogul?

For now, Ashland is doubling down on his assertion that he has been diagnosed with terminal cancer. At the same time, he is enjoying “merging” with Victoria. For her part, Vicky seems thrilled as well. Might there be more to this story than it appears on the surface?

The rumor mill is rife with speculation that Locke is faking his illness and that his ex-wife Tara Locke (Elizabeth Leiner) is on the ruse as well. Why would the two of them do such a thing? That’s a great question!

This week Locke and Victoria live-streamed news of their triumphant business merger, at the same time confirming that he has a very short time left on this earth. Everyone was gobsmacked but is Ashland a master manipulator? The news of the stunning merger seemed to be eclipsed by the deathly news Ashland shared. If nothing else the sad announcement brought out tons of sympathy even from Victor, who refused Ashland’s help when he was having a heart attack.

The story can now go multiple ways, with the business partners becoming romantic partners, to Ashland and Tara celebrating a huge business win by pulling the wool over everyone’s eyes.

But Billy Abbot (Jason Thompson) is on to Tara and he could blow things wide open if indeed there is a master con going on. Tara deviously released a video of Ashland in distress and it played into the pressure that he and Victoria had. Who is zooming who here?