The Young And The Restless (Y&R) Spoilers: Victoria Newman Prepares For War 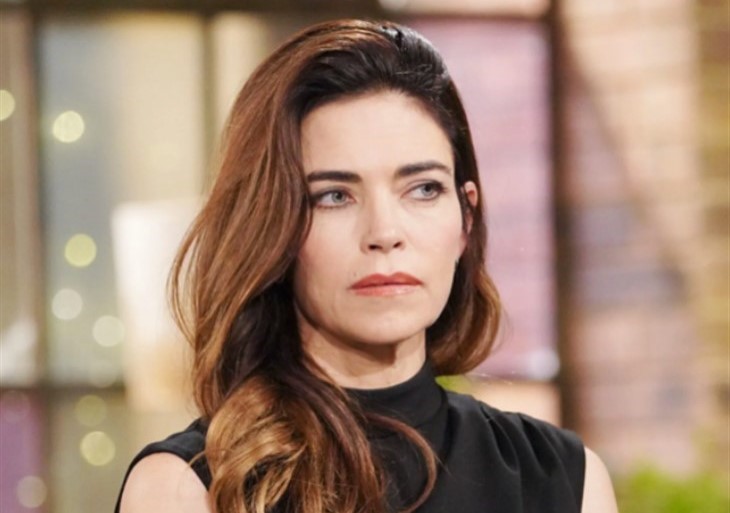 The Young and the Restless (Y&R) spoilers document that Victoria Newman (Amelia Heinle) has taken her own stand as the Chief Executive Officer of Newman Enterprises. Victor Newman (Eric Braeden) hasn’t deposed her, though he always retains that option.

Instead, the Moustache is exploring a rather clever tact. He’s made true peace with Adam Newman (Mark Grossman). With his youngest son in line, Victor founded a new company that he’s purposely dubbed Newman Media.

The Young And The Restless Spoilers – Ashland Locke Is Being Targeted

Victor’s plan is to use what Ashland Locke (Richard Burgi) built in order to target an enemy, Billy Abbott (Jason Thompson). Ashland will soon be on board with that because of his increasing flirtations with Victoria, which she hasn’t swatted away.

Y&R spoilers tease Victoria likely sees Ashland as a useful chess piece. She’s allowing him to believe that there might be a romantic opportunity in order to keep this member of Newman Media’s short Board of Directors (Victor, Adam, and Ashland) close.

But Ashland is no dummy. Yes, he finds Victoria attractive, as many men have through the years on The Young and the Restless. However, she’s a rebound from Tara Locke (Elizabeth Leiner) and a purposeful, alternate connection to Newman intel.

Y&R Spoilers – Nick Newman Is Open To The Future

Nick really is giving his younger brother a chance. He is grateful to Adam for helping Faith Newman (Reylynn Caster). Nick has also recognized the goodness in Adam that Sharon Rosales (Sharon Case) has long spoken of.

This isn’t like 2016 when Adam (as then played by Justin Hartley) was heading toward what seemed like a decade’s long prison sentence. That was when Nick affirmed that he would always be a father to Christian Newman (Alex Wilson), even though the boy is Adam’s biological son.

The Young And The Restless Comings And Goings: A Core Cast Member Returns And A TV Star Debuts #yr #youngandrestlesshttps://t.co/6qcVLZIcxf

The Young And The Restless Spoilers – Victoria Newman Needs Allies

Victor has long favored Victoria because he believed she was the total business package. While Heinle’s character has repeatedly left Newman Enterprises through the years, only to return again, she also exhibited the steadiest hand at running the show.

So, Victoria needs allies at this point in her family history. Victor and Adam aren’t that. Nick was Mr. Neutral, but might not be seen as that soon.

Nikki Newman (Melody Thomas Scott) is her Chief Operating Officer. So, her mom is solid.

But having Ashland in her corner would be a wise, Victor-like move. Y&R’s viewers will see if she makes it and how the game is played from there.