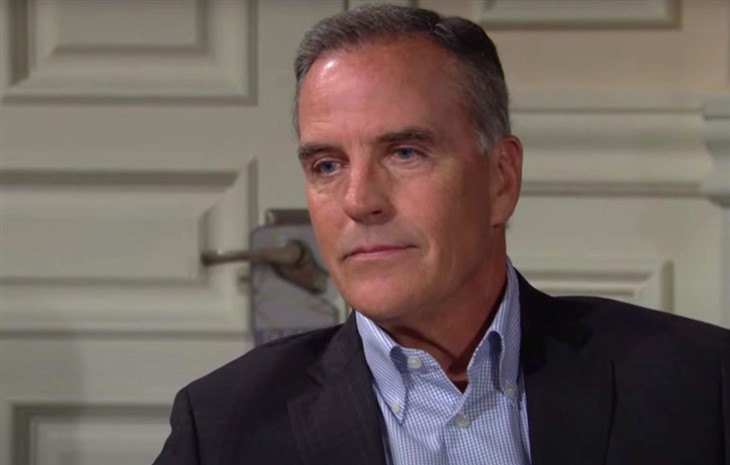 The Young and the Restless (Y&R) spoilers document that Ashland Locke’s (Richard Burgi) shock will signal a new problem is ahead. He wanted his terminal illness to remain hidden for as long as possible and didn’t expect an online outlet to report this news.

Victoria Newman (Amelia Heinle) was out in front of the story weeks ago. Whether she’s one of the now circling vultures is a matter of opinion. Ashland appears to think she’s not. But others may disagree when the Locke Communications deal becomes public.

The Young And The Restless Spoilers – Confirmation Needed In Genoa City, Wisconsin

Doctor Nate Hastings (Sean Dominic), Doctor Elena Dawson (Brytni Sarpy), or even the returning Dr. Ben Stitch Rayburn (Sean Carrigan) needs to verify Ashland’s condition, if he has one. And no, it’s not cold to challenge the Lockeness Monster because of his reputation.

As viewers recall, Victoria wasn’t actually with Ashland at his doctor’s office when the supposed diagnosis was given. She hasn’t been shown any medical documentation either.

But if Ashland isn’t dying why would he be eagerly furthering negotiations that are intended to fold his company into Newman Enterprises?

Let’s assume, for the sake of soapy argument, that Ashland is actually dying. If that’s true, then he could expire prior to the end of this calendar year. That’s what Victoria is calculating as she makes her pitch to acquire his media assets.

Victoria does seem to be fond of Ashland, but hasn’t allowed him to engage in romance. She may reinforce her Ice Princess nickname if this flirtation she’s allowing never leads to even one kiss.

If Ashland has a terminal condition, then he will likely become incapacitated in a number of months. He’ll weaken quickly, which is why he wants Victoria to take hold of the business legacy he built.

The Young And The Restless Spoilers – Victor Newman Considers Developments

Victor Newman’s (Eric Braeden) paternal instinct is legendary. When it comes to his daughters Victor’s protective stance is intense.

So, Victor will be bothered by the increasing closeness that Victoria appears to be demonstrating toward Ashland. The Moustache will need consider how the developments fit into his own plans after realizing that she’s created the connection in order to further a business deal.

Victoria is determined to blaze her own trail. She must be thinking that Locke Communications can be used to blunt Newman Media and Chance Com. But Victor still holds main sway at Newman Enterprises. So, no matter what happens with Ashland, Victor will have his say.