The Young And The Restless (Y&R) Spoilers: Is Ashland Locke Faking His Cancer – What’s His End Game? 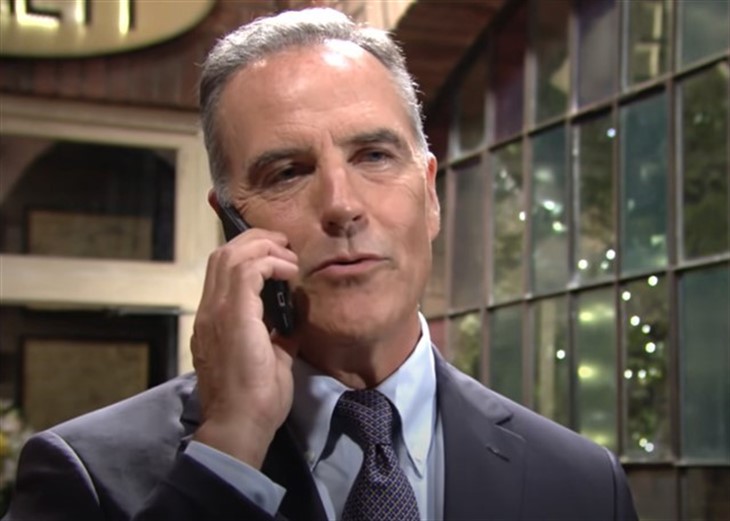 Viewers of The Young and The Restless may have noticed a few things are not adding up where both Ashland and Tara are concerned recently. For one, it seemed a strange coincidence in a recent episode of The Young and The Restless that Jack Abbott (Peter Bergman) got a call about a critical part of his supply chain failing right about the same time that Ashland, in New York City, supposedly had his doctor’s appointment.

Viewers will recall that in that same The Young and the Restless episode, after telling Victoria Newman (Amelia Heinle) who had gone to New York City with him, about the cancer diagnosis he had also talked to someone on the phone, having taken a business call when she was out of earshot. Back in Genoa City, Tara had told Kyle Abbott (Michael Mealor) in a previous episode that her finances were a mess, her company was deeply in debt, and that prompted him to try and find a place for her at Jabot.

Meanwhile, Lauren Fenmore Baldwin (Tracey E. Bregman) had also offered Tara a lucrative deal, offering to carry her designer shoe line in all the Fenmore Department stores. Tara had turned her down – a strange response for someone who claimed she was hurting for money! Tara, after all, would be able to run her design business from Genoa City as well as anywhere else in the world, and Genoa City is where she says she wants to stay!

Y&R Spoilers – Are The Lockes Plotting Together?

Viewers of The Young and The Restless will also recall that as Ashland has been cozying up to Victoria, when he told her about his cancer diagnosis and doctor appointment he frequently turned away and did not look her in the eyes!

Viewers of The Young and The Restless would think that as cutthroat as Ashland is said to be, he would tell a lot of lies and would be able to look someone in the eye as he did so. Usually when someone will not look someone in the eye as they are talking to them, it denotes dishonesty. Also, when talking to Victoria about their relationship – which he undoubtedly wants to be a romantic one – he tells her he wants to take it slow and steady.

Why would a man with a diagnosis of terminal lung cancer want to take a romance slow and steady? Besides, he’s not even divorced from Tara yet! Ashland dropped his custody suit that he was going to lodge against Tara for custody of Harrison Locke (Kellen Enriquez) and blamed the cancer. Might he be dropping the divorce as well? Ashland seems all too ready to hop in the sack with Victoria before the divorce is even finalized, and yet seemed ready to drop Tara like a hot rock at even the hint of infidelity on her part!

Perhaps the idea of infidelity in the Lockes’ marriage may not be an issue – perhaps, they have an open marriage or they are what used to be called “swingers”! Maybe the Lockes are playing love games and business games, plotting together towards a common end – to infiltrate both Jabot and Newman and take them over? Perhaps Cyaxeres was just a pawn and a means to an end. Perhaps after Tara takes Jabot through getting cozy with the Abbotts and Ashland takes Newman through cozying up with Victoria, their next targets will be Newman Media and ChancComm!