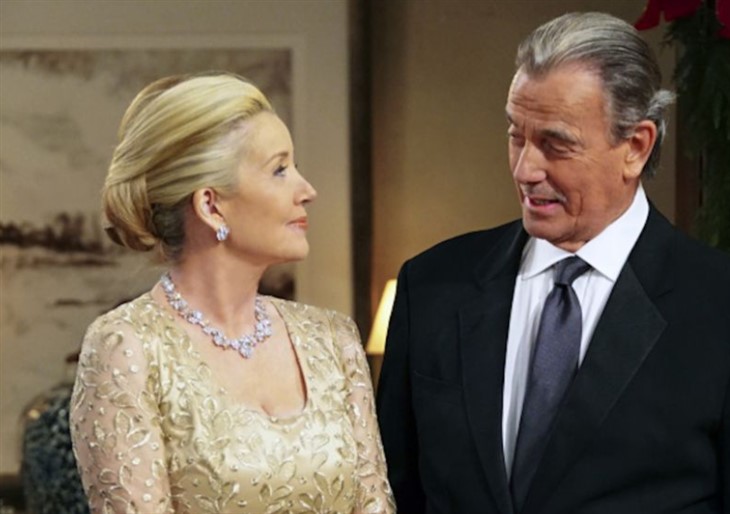 The Young and the Restless (Y&R) spoilers for Thursday, June 3, 2021, reveal Victor delving deeper into his plans to hurt Billy and Nikki making note of an intriguing observation.

The Young And The Restless Spoilers – Victor Newman Ups The Ante

Get Billy Boy Abbott and make him suffer, but don’t really hurt him. Just cause emotional turmoil because that always sends Billy (Jason Thompson) over the edge (and maybe into his own standalone episode once again). That’s what Victor’s (Eric Braeden) been up to and that’s what he gets even more into as he finds another way to make it look like Billy is incompetent at ChanceComm.

Will Jill (Jess Walton) or Lily (Christel Khalil) even fall for this or no Victor was behind it? Victor needs to see ChanceComm fail for his own satisfaction after Victoria (Amelia Heinle) went and made a deal with them. She had just blackmailed him into giving her the CEO position of HIS company and getting into bed with Billy (even figuratively) was a no-no for Victor.

Speaking of Victoria, Nikki (Melody Thomas Scott) sees her daughter and Ashland (Richard Burgi) together and makes note of their chemistry. The two get along famously and have an easy rapport. Nikki knows exactly how lonely Victoria has been over the last year since she dumped Billy for the umpteenth time but she is not sure she wants her daughter with this newcomer.

Then again, this could help Victor. What is Nikki to do? Does she make sure Victoria and Ashland stay far apart or will she push them together thinking it might be a win-win for everyone? Victor and Victoria both deserve a little happiness, right?

The Young And The Restless Spoilers – Summer Needs Some Sound Advice

Summer (Hunter King) is still reeling from the reality that she is going to be a stepmother to a little blonde-haired cherub named Harrison. She never expected this and is determined to be an adult about things for a change. Except her mother doesn’t always give very good advice, so oddly, Summer turns to Sharon (Sharon Case).

Sharon was never really her stepmother but we guess she’s close enough, plus she’s a therapist who only treats people she knows. Of course, Sharon can help Summer through all this. Will Sharon have anything pithy to tell Summer or is her mind still forever on Adam (Mark Grossman)? Stay tuned to The Young and the Restless weekdays to see how these stories play out.