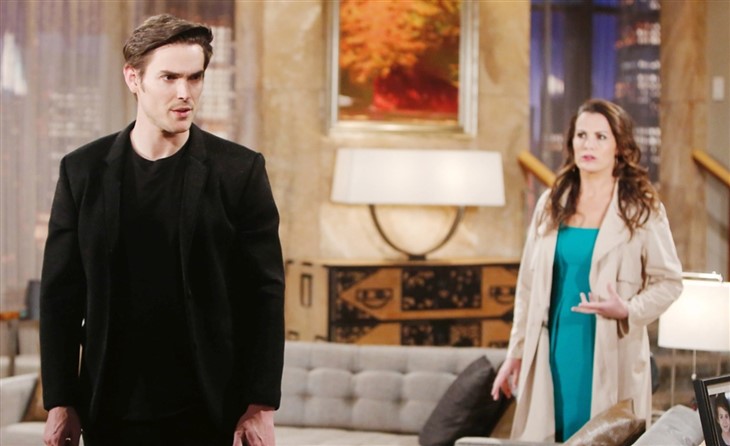 Viewers of The Young and The Restless will recall that Chelsea thought she could play hardball with the Newmans and get away with it; she thought by letting Victor Newman (Eric Braeden) help her fake a nervous breakdown then she could just skate with no consequences for her crimes. Chelsea quickly found out that was not the case when she made rapid improvement but the psychiatrist that Victor paid off wouldn’t let her be released from the psychiatric facility she was in. Viewers of The Young and The Restless will remember that Chelsea had faked paralysis and being unable to speak when she recovered much more quickly from a stroke than she led others to believe.

She then, with the help of her best friend Chloe Mitchell (Elizabeth Hendrickson) poisoned Rey Rosales (Jordi Vilasuso) with thallium and had framed Adam for it. More recently she scored a family leave, of sorts, allowing her release from the psychiatric facility to go out of town to care for her mother, Anita Lawson (Catherine Bach) who had broken her hip. And, Chelsea was able to bring her son Connor Newman (Judah Mackey) along on the trip. However, there were some strings attached, one of them being a “string” named Detective Rey Rosales! Victor Newman didn’t trust Chelsea and her mother not to be pulling another scam, allowing her to commit parental kidnapping of Connor and just disappear, although Adam didn’t think she would do that. But now it seems that Victor may have been more right about Chelsea than Adam thought!

Thanks to the precaution of Rey Rosales being assigned to keep an eye on Chelsea, Anita and Connor while away, viewers of The Young and The Restless shouldn’t expect any kidnapping hijinks on Chelsea or Anita’s part. However, that doesn’t mean that Chelsea and Anita might not work together and Anita might not take a page from her daughter’s playbook and extend needing Chelsea’s help for her injury much longer than is medically necessary! That would really upset Adam and make even him suspicious of their motives!

Certainly, Rey would investigate any happenstance that sounds like Chelsea and Anita are pulling a scam, but Anita could always say Rey is violating her medical privacy rights under HIPAA! Before leaving Genoa City, viewers of The Young and The Restless will recall that Rey was able to ascertain that Anita’s injury was legitimate, but perhaps he had some help from someone at Memorial Hospital, or possibly even Chelsea’s psychiatrist. But getting a warrant to check her medical records out of his jurisdiction would be a different matter entirely! It may be a situation like this that will cause Adam to fight back, and give Chelsea an ultimatum; he may go as far as tell her if she does not return their child to him that he will fight her for sole custody based on her mental status and have her declared an unfit mother! This would not be something that Adam would do lightly, only if she pushed him to his limits!