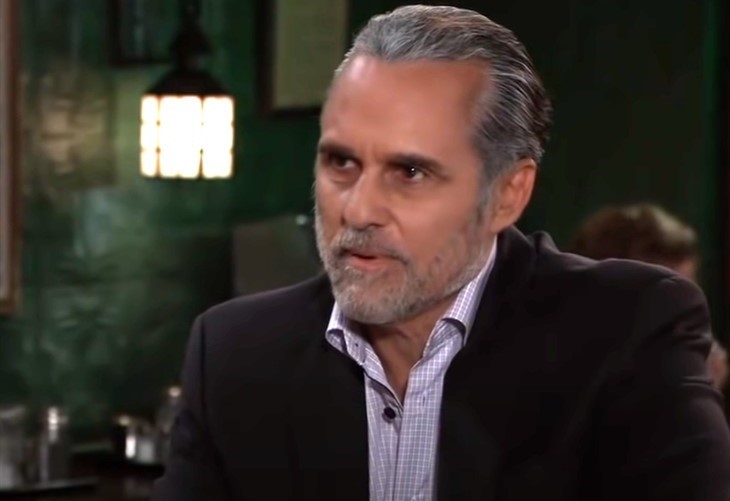 General Hospital (GH) spoilers and updates tease Sonny Corinthos (Maurice Benard) has just lost his trusted right-handman. Sonny has been able to rely on Jason Morgan (Steve Burton) to stand by his side. Jason went to Cassadine Island to help Dr. Britt Westbourne (Kelly Thiebaud) to find her mother Dr. Liesl Obrecht (Kathleen Gati) who had been kidnapped by Peter August (Wes Ramsey).

Jason had hoped to find his twin brother Drew Cain (Cameron Mathison) who was also being held by Peter. Jason was able to help Britt find Liesl and Drew but had an altercation with Peter. The altercation happened in an unstable tunnel which collapsed. Jason has been declared dead which has left Sonny devastated and without his most trusted friend. Sonny will need to find someone who he can trust to stand by his side.

Sonny has been able to get help from Brando Corbin (Johnny Wactor) in the past. Brando helped Sonny and Jason when they were trying to take down Cyrus Renault (Jeff Kober). Brando and his girlfriend Sasha Gilmore (Sofia Mattsson) have just become parents to a son. Brando has wanted to stay away from Sonny’s mafia organization for Sasha and their son.

Sonny knows that Brando does not want to join him in his organization but he trusts him. Brando was in the military and has the skills that Sonny would need to be a good right hand man. Sonny may be able to find a way to get Brando to help him if he can keep Sasha and his son safe for him.

Sonny and Shawn Butler (Sean Blakemore) have worked together in the past. Shawn is trying to get his life back on track after he had been in Pentonville Penitentiary for shooting Hayden Barnes (Rebecca Budig). Shawn wants to live an honest life for his son Dr. TJ Ashford (Tajh Bellow) and his domestic partner Molly Lansing-Davis (Haley Pullos).

Shawn has gotten closer to Alexis Davis (Nancy Lee Grahn) and may want to find out if they could have a future. Sonny wants Shawn to be able to have the life that he wants to live but he did trust him in the past. Sonny could find a way to get Shawn be his right-hand man by assuring him that he would take care of TJ and the ones that he loves.

Sonny has been the rival of the Novak family. Sonny has taken over the Novak family assets after Vincent Novak (Glenn Taranto) was killed in a car explosion. Vincent has a nephew Joey Novak (Patrick Zeller) who wanted to take over the family business. Joey has caused trouble for Sonny’s wife Carly Corinthos (Laura Wright) in the past. Joey is a hothead who wants to prove himself.

Sonny could decide that Joey would be a good fit as a right-hand man because he has been a part of the mafia lifestyle. Joey may find that he would want to take the position of right-hand man to Sonny and be an important part of Sonny’s organization. Sonny will need to find out if he could trust Joey to keep his family safe.

GH Spoilers – Sonny Corinthos Has A Difficult Decision to Make

General Hospital Sonny will need to have someone that he can trust to help him with his business. Sonny may want to have a family member to help him. He could turn to Brando to be his new right-hand man. Would Sonny decide that he will try to get Brando to stand by his side?

Sonny could decide that Shawn would be the right choice for his right-hand man. Could Sonny get Shawn to help him to protect his family? Sonny may try to turn Joey from being a rival into a trusted ally. Would Sonny try to recruit Joey to be his new right-hand man? Be sure to catch up on everything happening with GH right now. Come back here often for General Hospital spoilers, news, and updates.

Sister Wives: Did Kody Brown Think Christine Bluffed About Her Plan To Leave?