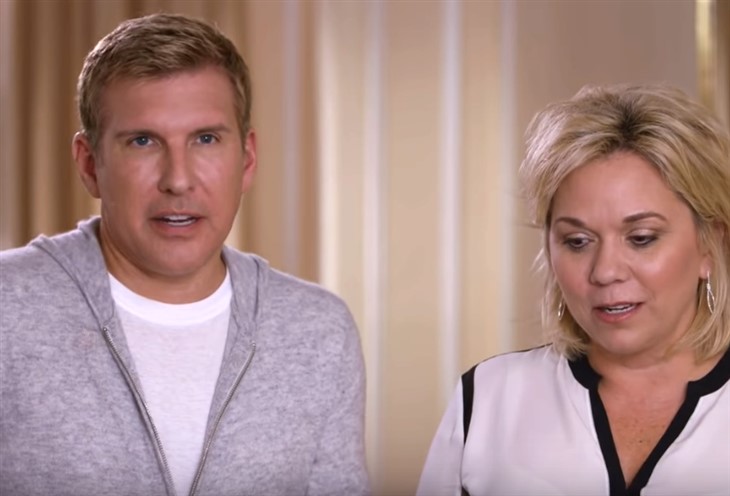 Chrisley Knows Best certainly found a lot of very satisfied fans. Despite very negative publicity about Todd and Julie because of the tax investigation, fans still adore them. Actually, most people have little sympathy for people who avoid paying taxes. However, the USA Network stars mostly see few haters on social media. Of course, fans of their estranged daughter Lindsie Chrisley take a different attitude. This week fans debated the parenting skills of the couple, and it turns out Todd’s not universally adored for the way he raises his kids.

USA Network fans seem there for it when it comes to Todd producing a show with a lot of humor. In particular, they love his one-liners. Actually, some fans of the show heap high praise in him, and recently, a few of them felt he compares to the likes of George Carlin and Sam Kinison. Well, that’s debatable, but it is what it is. Even then, a lot of fans think that Todd’s mom Nanny Faye often steals the show with her amusing ways. But, when it comes to parenting, how do fans perceive Julie and Todd?

About a week ago, Chrisley Knows Best fans fantasized about enjoying a pool party with Todd. Most people agreed that might be a lot of fun. Some of them felt that Nanny Faye might make the day worthwhile for them, rather than Todd. Meanwhile, a lot of people said if they received an invite they might take their moms and dads along. That strikes an interesting note, as Todd and Julie constantly seem to try and appeal to younger audiences. Is he missing the mark with the younger generation?

The question about parenting arose when Chrisley USA shared a post on Instagram on July 14. The caption asked, “Hands up 🙋‍♀️ if you wish these two were your parents!” Well, if Todd and Julie hoped for universal love, they never got it. A lot of their fans felt it wrong for the network to even ask a question like that. Meanwhile, plenty of others said it was a stupid question as obviously, people prefer their own parents. However, the younger generation seemed unhappy with the idea. It seems that Todd comes over as too self-obsessed and very controlling with his kids.

While some Chrisley Knows Best fans leaned in favor of Julie and Nanny Faye, Todd found a lot of “nope from me” answers. One fan said, “Nanny Faye yes, Todd hell no. 😂” Then another fan noted, “Julie yes! Todd… well he’s too clingy and invasive for me!” More comments followed like this one: “Nah, cuz he’d follow me around on my 1st date 😭.” More fans commented, saying, “Love them to death but no thanks!😂”: and “They are entertaining but dysfunctional as hell.” This comment also arrived: “No Todd is [too] controlling.”

Not Everyone Hates The Idea

Some Chrisley Knows Best fans obviously loved the idea of Julie and Todd as parents. However, it’s rather interesting that many of those people said they are older than Todd and Julie. So, it seems that he’s not considered Mr. Cool Dad by all the younger generation.

Remember to check back with us often for more news, updates, and spoilers about Chrisley Knows Best on the USA Network.