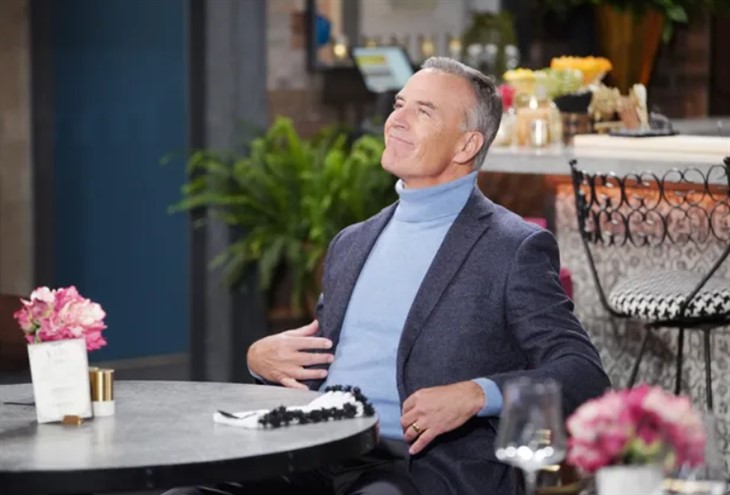 The Young and the Restless (Y&R) spoilers reveal that Victoria Newman (Amelia Heinle) is going full-steam ahead with Ashland Locke (Richard Burgi). However, Victoria’s loved ones will dig even deeper into the man’s past when the two move in together. It is teased that Ashland’s darkest secrets surface, but it might be better to leave those secrets alone.

The Young And The Restless Spoilers – Relationship Moving Too Fast

Y&R spoilers reveal that during the week of July 12, Victoria and Ashland will be making all kinds of news. Ashland publicly confirms his cancer diagnosis after Sally Spectra’s (Courtney Hope) secret video goes viral. The two will announce both their business merger and relationship. Victoria even asks him to move in with her.

Friends and family will be concerned that Victoria is moving way too fast with Ashland. Wanting to get to the truth about Ashland, more digging into his past will be done. We know that Billy Abbott (Jason Thompson) has been asking a lot of questions and even wrote an article on the man’s recent scandals. He spoke to Tara Locke (Elizabeth Leiner) and exposed Harrison Locke’s (Kellen Enriquez) paternity, as well as the lung cancer diagnosis.

However, Billy might not be the only one that digs up information. As people worry about Victoria’s romantic decisions, some shocking details will surface.

The Young And The Restless Spoilers – Ashland Locke’s Dark Secrets

The Young and the Restless spoilers reveal that Ashland definitely has some dark and perhaps even dangerous secrets. Co-executive producer and head writer Josh Giffith spoke to Soap Opera Digest about what to expect.

“Victoria feels a passion and exhilaration with Ashland that she’s not felt in a long time. She is also keenly aware of what he’s going through regarding his illness and wants to give him a safe haven. And yes, it certainly seems to be the beginning of a great love story.”

“Seems” is the keyword that we are noticing in that statement. Griffith continued,

“Ashland remains in many ways an enigma. As those who care about Victoria and worry the relationship may be moving too fast decide to delve into Ashland’s past, could certain secrets better left hidden come to light?”

Y&R Spoilers – Will It Be Too Late?

This definitely has us curious about what dark secrets Ashland has been hiding. If there are certain secrets that would be better hidden, what exactly does that mean? Could Ashland be dangerous and is Victoria making a big mistake? By the time she finds out the truth, it just might be too late. What will be the consequences for Victoria, Ashland and those who uncover those dark secrets? We will have to keep watching the CBS soap to find out.