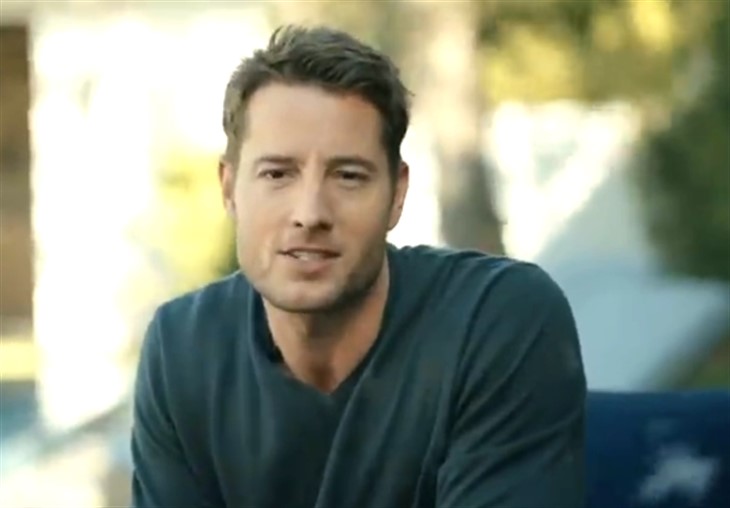 The Young and the Restless (Y&R) spoilers reveal that the sixth and final season of NBC’s hit drama This Is Us debuts Tuesday, Jan. 4. The show aired its season 5 finale in May.

According to Entertainment Weekly there are only 18 episodes left to laugh and cry with the Pearson family on, “the time-tripping family drama, whose stars include Mandy Moore, Milo Ventimiglia, and Sterling K. Brown.”

Hey now, didn’t EW miss someone? What about Justin Hartley? Didn’t he leave the number one rated daytime drama to star in This is Us? Major snub.

The Young And The Restless spoilers – Who Is Justin Hartley?

Maybe it was just an oversight that EW didn’t include Justin among the “stars” of the cast. But he always has daytime to fall back on. Is Justin Hartley going back to CBS’s The Young and the Restless now that his primetime gig is over? Fans want to know.

Y&R spoilers – Is Justin Hartley Returning To The CBS Soap?

Fans would love to have him back in daytime, a genre he thrived in. He played Fox Crane on the NBC daytime soap opera Passions from 2002 to 2006 and he played Adam Newman on the CBS sudser The Young and the Restless from 2014 to 2016.

He was nominated for a Daytime Emmy for his portrayal of eternally troubled bad boy Adam Newman before jumping ship to star as Kevin Pearson in This Is Us. His portrayal of Kevin Pearson earned him a Critics’ Choice Television Award for Best Supporting Actor in a Drama Series.

During his Passions stint Hartley began dating and eventually married co-star Lindsay Korman. They share a daughter but divorced after eight years of marriage.

In 2014 it was reported that Hartley and Selling Sunset star and soap actress Chrishell Stause (All My Children, Days of our Lives) were dating, and they married in 2017. Their divorce was finalized in 2021.

Hartley co-starred with Sofia Pernas on The Young and the Restless and they are currently married.

Now that This is Us is near the end of its run, what are the chances that Hartley returns to Y&R or another daytime drama? The role of Adam Newman is now being played by Mark Grossman but the character has gone through a merry-go-round of back from the dead happenstances as well as facial reconstruction surgery. In the murky world of soap logic, Hartley could return as the “real Adam.” Stay tuned fans, anything is possible in daytime.