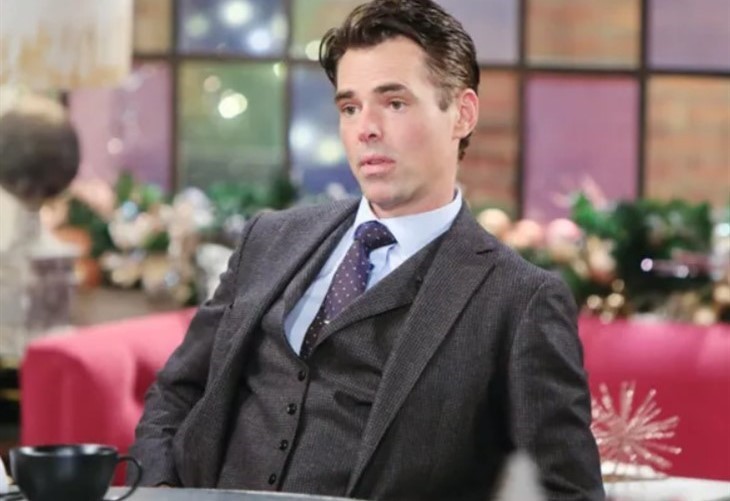 The Young and the Restless spoilers tease Billy Abbott happens upon a scene at Society that could prove to be a game-changer and he will follow this new lead until he gets what he wants.

On Tuesday’s episode of The Young and the Restless, Billy Abbott (Jason Thompson) may have become one step closer to unlocking the secret of Ashland Locke’s past. He ran into Nick Newman (Joshua Morrow) and admitted he’s not satisfied with the answers Ashland gave them regarding his life. He is not going to give up even though his brother-in-law is trying to deter him.

Y&R spoilers show Billy pointed out that Ashland still refuses to give his birth name or say how he obtained the large sum of money to buy the news stations when he was in his early 20s. Nick would not agree but Jesse Gaines (Jamison Jones) showing up made all the difference. Ashland met with Gaines at Society and answers began to unfold.

The Young And The Restless Spoilers – Ashland  Is being blackmailed

Gaines reveals he’s grown accustomed Locke sending him $300,000 a year. He knows this will stop once Ashland dies, Jesse demands a $3 million lump-sum payout to cover the next 10 years and wants it in cash by the end of the day. He points out that he needs it prior to the wedding because Ashland could leave the country and never return.

Unknown to the two men, Billy is just outside observing their intense encounter through a window. He will immediately know that the stranger talking to Ashland has the answers that he needs. Spoilers say Billy has hit pay dirt and will try to get Jesse to share what he knows about Ashland’s hidden past.