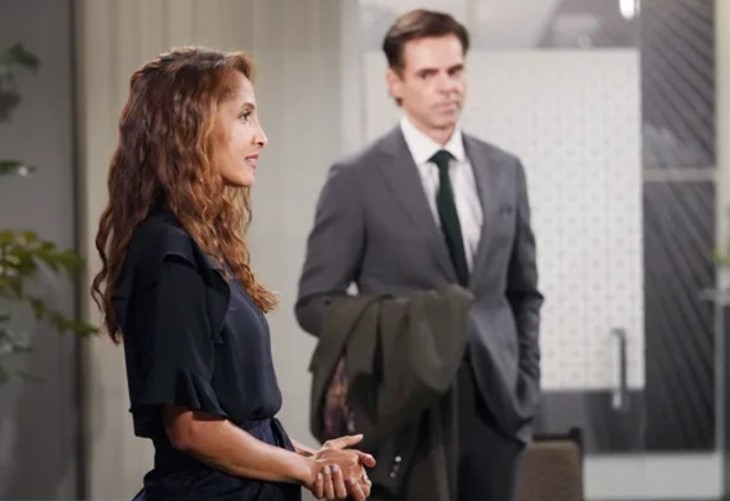 The Young and the Restless (Y&R) spoilers for Thursday, September 23, 2021, reveal Billy Abbott and Lily Winters doing some more digging and they may finally hit paydirt.

The Young And The Restless Spoilers – A Man Without A Past

No matter how much Lily (Christel Khalil) questioned his motives and no matter how much Victoria (Amelia Heinle) and Victor Newman (Eric Braeden) told him to back off, Billy Boy Abbott (Jason Thompson) just couldn’t leave well enough alone. Lily realized that Billy was still going to search for any dirt on Ashland Locke (Richard Burgi) that he could find so she figured she may as well join him.

Well, on Thursday, they come up with some stunning information they think can change everything. Is this enough to get Victoria not to marry this man she barely even knows? She doesn’t even know his real name. Do Billy and Lily figure out his real identity or do they figure out he’s not really dying? Either way, Victoria might not even believe them at this point and just call it fake news.

Meanwhile, Victoria focuses on planning her big Italian wedding and Nikki Newman (Melody Thomas Scott) grows more and more concerned. Victoria is ignoring every red flag possible and forging ahead with something that might hurt her.

Nikki decides it’s time to have a rational talk with her daughter and see if she can steer her in another direction. Victor might now admire Ashland’s tenacity, but Nikki still has her suspicions and she hopes she can talk some sense into Victoria.

The Young And The Restless Spoilers – What To Do About Phyllis

On Wednesday, Jack Abbott (Peter Bergman) dreamed about Phyllis Summers (Michelle Stafford) as he reflected on how empty his life had become and came to a decision about what to do about her. On Thursday, Nick (Joshua Morrow) contemplates his life with Phyllis and wonders if that’s what he really wants.

Sure, they get along great and the sex is’ great, but are they madly in love and is this meant to last forever? It’s Nick Newman soul-searching time, folks. Will he realize that having video games in common does not a relationship make? Stay tuned to The Young and the Restless weekdays to find out.