The Bold And The Beautiful Spoilers: Who Will Be Thomas’ New Love Interest? 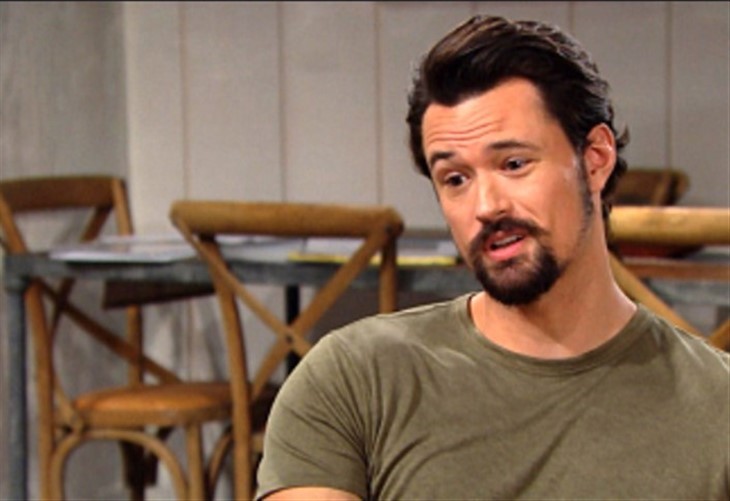 The Bold and the Beautiful spoilers indicate that Thomas Forrester (Matthew Atkinson) is ready to move on from Hope Logan (Annika Noelle).

Thomas’ infatuation with Hope led to a full-blown obsession, which had him committing a series of heinous acts to win her affections. Despite Thomas’ attempts to break up her and Liam Spencer (Scott Clifton), Hope’s heart remained with Liam.

After Thomas’ brain surgery and his recent heroic actions in helping to free Liam from jail, he’s finally redeemed himself. Although a part of Thomas still loves Hope, he realizes they’ll never be together because her heart belongs to Liam.

With Lope reunited, Thomas is ready to move on with his life. But who will be his new flame when he starts back into the dating scene?

The Bold And The Beautiful Spoilers – His Cousin’s Girlfriend

There are a few women on B&B who could be good matches for Thomas. One of them is Paris Buckingham (Diamond White).

The couple needs some drama, and what better drama than having Zende and Thomas fight for the affections of Paris. The two men briefly clashed during Zende’s return to Los Angeles when he wanted to become Forrester’s new fashion designer, a job Thomas held.

A feud between the cousins would add a spark to B&B as fans choose sides in this new love triangle.

Another candidate on the list of love interests for Thomas is one fans may not be happy with. That person is Flo Fulton (Katrina Bowden).

As fans know there’s a history between Thomas and Flo due to the Beth Spencer (Madeline Valdez) baby switch. When Thomas learned the truth about Beth, he wanted to keep it quiet due to his obsession to woo Hope. Although Flo was part of the scheme from the beginning, she blames Thomas for being the bad guy even though he only knew about the secret for a short time.

Like Thomas, the show has redeemed Flo into being a good girl and reunited her with her true love Wyatt Spencer (Darin Brooks). Yet, fans aren’t thrilled with the character’s direction.

If B&B wants to keep Flo, they need to spruce up her character. The best way to do that is to take her back to her bad girl ways and find her another love interest.

Thomas may be the man who could garner attention for Flo. Although the two are enemies, as seen in the past, that can often lead to romance. It would be fun to see Thomas and Flo’s rivalry continue, and Miss Fulton realizing she’s developing feelings for the fashion designer.

The Bold And The Beautiful Spoilers – Shauna Fulton The Cougar

One person that shouldn’t be left out of the love interest discussion is Shauna Fulton (Denise Richards). In the past, B&B has written stories about older women and younger men.

Shauna’s currently single and needs a man in her life. After being burnt in the past by Ridge Forrester (Thorsten Kaye), she’s a bit hesitant to get back into the dating game. However, Thomas may be able to change her mind.

Shauna and Thomas’ possible relationship would be jaw-dropping. It would also add drama with Ridge and Flo’s reactions to the new couple. Plus, there’s also the mystery of Shauna’s actions. Would she date Thomas because she loved him? Or is it a plot to get back at Ridge?