The Bold And The Beautiful Spoilers: Thomas’ Guilt, Missed Chance To Save Vinny’s Life 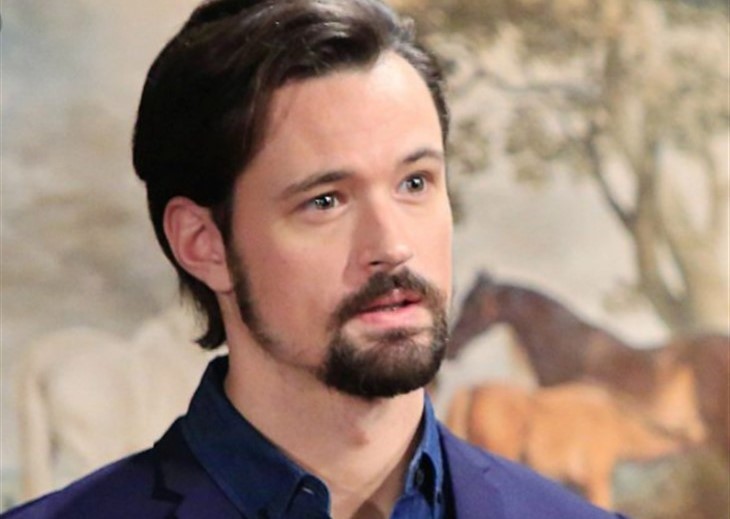 The Bold and the Beautiful spoilers reveal that Thomas Forrester (Matthew Atkinson) blocked his best friend. He had a good reason to do it, but that won’t make him feel any better when tons of text messages suddenly come through. Vincent “Vinny” Walker’s (Joe LoCicero) needed his BFF and Thomas will feel as if he could have saved his life if he hadn’t blocked his number.

The Bold And The Beautiful Spoilers – Vinny Walker’s Justification

B&B spoilers reveal that Thomas suspected that Vinny tampered with Steffy Forrester’s (Jacqueline MacInnes Wood) paternity test. As Thomas was confronting his best friend, John “Finn” Finnegan (Tanner Novlan) walked in and ended up punching the drug dealer. Vinny told Thomas that he did it so he could be with Hope Logan Spencer (Annika Noelle). Thomas now understands that Vinny did a bad thing but had good intentions.

Before Vinny’s death, Thomas decided to cut off Vinny as a friend. He blocked him on everything, including on his phone. Thomas decides to unblock his phone and now, all of those text messages are coming through. It seems that Vinny sent a long string of messages begging for Thomas’ help.

The Bold And The Beautiful Spoilers – Desperate Pleas For Help

The Bold and the Beautiful spoilers reveal that Thomas is shocked to read all the text messages. He realizes that Vinny needed his help before he died, but Thomas never got the messages. So, his guilt is intensified, and feels responsible for his friend’s death.

Atkinson spoke to Soap Opera Digest about the storyline. He explained that Thomas feels that if he hadn’t blocked Vinny, then he might still be alive.

“… he missed several important text messages from Vinny. Every time you have a conversation with someone where someone has died in your life, you will tend to take responsibility for it, even though it is not your responsibility… And then when he unblocks his phone and all of these texts from Vinny come pouring in, there is a massive wave of guilt that hits Thomas, that maybe if he’s kept talking to Vinny, maybe he could have stopped what happened.”

As Thomas goes over everything that led up to Vinny’s hit-and-run, he comes across proof that Liam is innocent. He takes the evidence to Justin Barber (Aaron D. Spears). Thomas is sure that Justin will take the evidence to the authorities, which will end up in Liam and Bill Spencer (Don Diamont) being released from jail. However, things don’t exactly go according to plan. Thomas ends up being held hostage by Justin. What happens next with this storyline? We are just going to have to keep watching the CBS soap to find out.