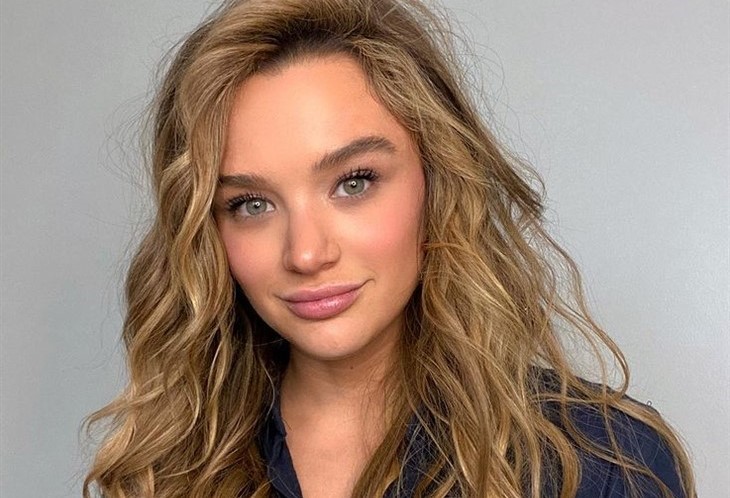 The Young and the Restless (Y&R) spoilers tease that the rumor mill won’t stop churning about a big name actress leaving the soap. Who are we talking about? According to our inside CBS source, this actress’s character has seen a reversal in fortune in recent weeks, and it could be that the change in storyline is not going anywhere soon.

There are always rumors of one or another show star leaving when their contract is up. Hunter King’s (Summer Newman) contract is said to be up in autumn, and as we said, the rumor mill is in overtime with speculation about what her next move could be.

Summer has been a legendarily lively character for years. She always seems to be in the thick of things, usually as the instigator but at this point in time she is a third wheel in the romance department.

Her SO Kyle Abbott (Michael Mealor) has just found out he has a secret love child. The adorable three year old was introduced to him at Skyle’s engagement party, and Summer’s smile definitely turned into a scowl.

She is trying to make the best of it, but let’s face it, Summer is immature at the best of times. The character is not only a third wheel in relation to Kyle and his newfound son, but the boy’s baby mamma is also along for the ride.
Kyle’s son and one time hookup, Tara Locke (Elizabeth Leiner), are living with him in the family mansion. This is awkward but also revealing as it could signal that Summer will soon leave Genoa City. Sally Spectra (Courtney Hope) is working hard to make that happen for one thing.

Sally has met with Tara and filled her in on her scheme to get Summer out of town. It involves a job offer from The Bold and the Beautiful’s Eric Forrester (John McCook).

So, Summer could be lured with a fantastic job offer, which would have her moving on to greener professional ops but also provide a graceful exit from what is Kyle’s growing fascination with his newfound family. Will Hunter King leave Y&R? Our inside source at CBS is hearing rumblings!

The Bold And The Beautiful Spoilers: Thomas’ Guilt, Missed Chance To Save Vinny’s Life