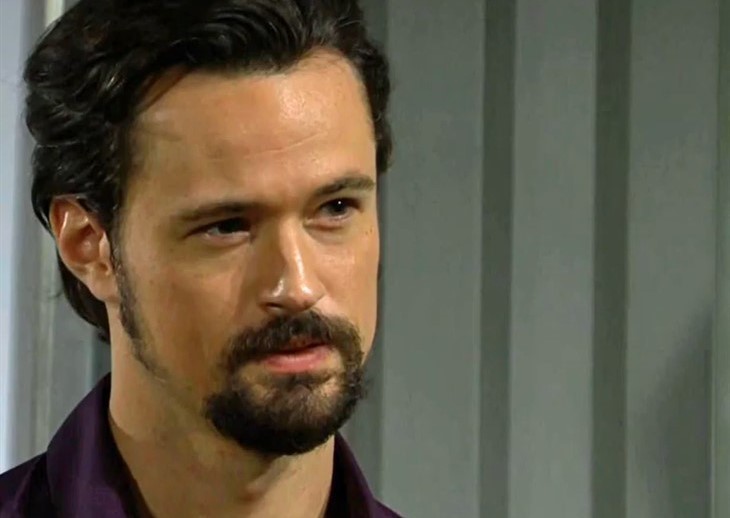 The Bold and the Beautiful spoilers for Monday, June 21, 2021, reveal in Los Angeles Thomas starting to figure things out when Vinny seems to send a message from the beyond.

The Bold And The Beautiful Spoilers – Thomas Forrester Gets A Shocker

Just when Thomas (Matthew Atkinson) is getting used to the idea that Liam (Scott Clifton) killed Vinny (Joe LoCicero) and he’s been tasked with taking care of Hope (Annika Noelle) and the kids while Liam wastes away in prison, Thomas gets another shock he never expected. And that’s because he finally decides to read some text messages.

Thomas starts thinking about the night Vinny was killed and thinking about Vinny in general and takes out his phone. He finds some texts that Vinny sent the night he died and they tell him that something very odd was going on that evening before Liam ever hit him. He wonders if maybe Liam didn’t cause Vinny’s death after all.

Perhaps Vinny had already been dealt the fatal blow before Liam even approached the road he and Bill (Don Diamont) found him on. What will he do with this information now? If Liam is set free, then Thomas wouldn’t be Hope’s protector anymore. And maybe at this point in his life, that’s ok with Thomas. Ever since his surgery, he has seemed decidedly less obsessed and he knows he has done damage to Hope and her life without really meaning to. He just wants to be a good father to Douglas (Henry Joseph Samiri) now.

B&B Spoilers – Liam Spencer Has Given Up

While Hope tries to be optimistic and believes Liam will not spend years and years behind bars, Liam is trying to stay grounded. When Hope pays him a visit, he urges her to look at the reality of things and plan for a future without him. Hope refuses to do that because after all, her name says it all.

She is going to remain full of hope no matter how hard it is. She has dreamed of a family with Liam for so long and she won’t give up on the idea of them being happy together for the rest of their lives. Little does she know that Thomas possesses information that can help. Stay tuned to The Bold and the Beautiful weekdays to see how this story plays out.