The Bold and the BeautifulPuzzle 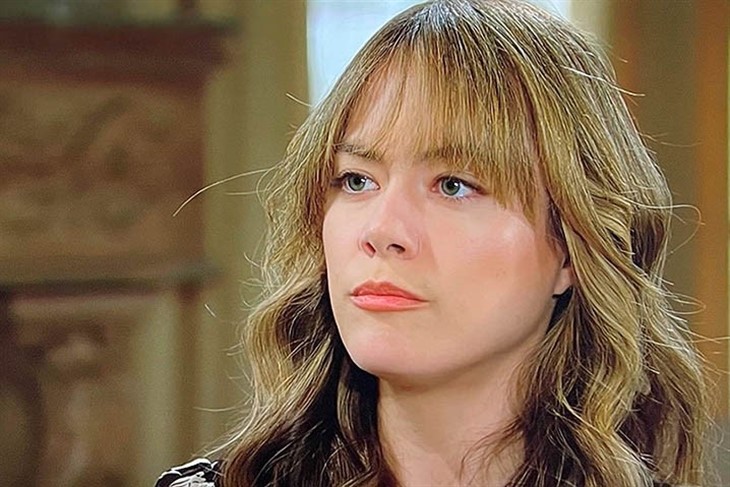 The Bold and the Beautiful spoilers reveal that Hope Logan Spencer (Annika Noelle) doesn’t just want Deacon Sharpe (Sean Kanan) back in her life. Hope wants to have the family she’s always wished for, which means getting rid of Ridge Forrester (Thorsten Kaye). Will Hope take a page out of Thomas Forrester’s (Matthew Atkinson) playbook and sabotage her mother’s marriage?

The Bold And The Beautiful Spoilers – Deacon Sharpe’s Family Dream

B&B spoilers reveal that Deacon wrote several letters while he was in prison. One was to Brooke Logan Forrester (Katherine Kelly Lang), which was returned. Another was to Hope, who actually wrote back. Deacon has told Brooke that he still dreams of being a family with her and Hope. Even though Brooke scoffed at Deacon’s family fantasy, her eyes told a different story.

Hope is determined to make sure that Deacon is part of her family’s life. Hope already intends on continuing to reconnect with her father, which includes allowing Beth Spencer (Madeline Valdez and River Davidson) to meet her maternal grandfather. Hope also would prefer Ridge to be out of the picture. Despite Ridge being a stepfather to Hope for years, Noelle told Soap Opera Digest that the love and approval were always conditional.

Plus, with Ridge fighting so hard to get rid of Deacon, it is only deepening the resentment that Hope has for her stepfather. It leads Hope to make a pact with Deacon, which could end “Bridge.”

The Bold And The Beautiful Spoilers – Sabotaging Ridge Forrester’s Marriage

The Bold and the Beautiful spoilers reveal that during the Thanksgiving episode, Hope briefly mentioned Deacon. However, Hope said she didn’t want to fight on the holiday while making it clear she wanted Deacon to be part of the festivities. Then, Steffy Forrester Finnegan (Jacqueline MacInnes Wood) gushed over Ridge and Brooke kissing. Meanwhile, Hope glared at Ridge, which is a clear foreshadowing of what is to come.

It is teased that Hope will overhear Steffy and Liam Spencer (Scott Clifton) plotting against Deacon. Hope will lash out at Steffy, who fights back. Meanwhile, Hope could take drastic action to divide “Bridge.” Hope will continue to tell Brooke all about Deacon’s wonderful qualities while reminding her of Ridge’s faults.

Eventually, it leads to Brooke allowing Deacon to live on the property, which sends Ridge into a rage. Could Hope and Deacon end up getting what they want despite it breaking Ridge’s heart and ending a marriage? Let us know what you think and keep watching the CBS soap to find out what happens next.