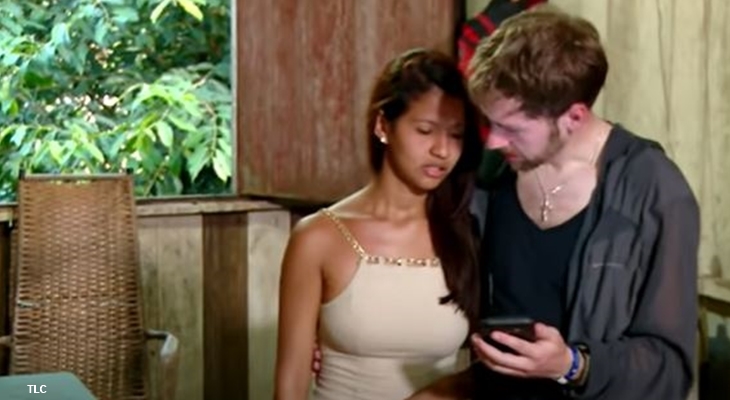 90 Day Fiance alums Paul Staehle and Karine have two children. The oldest one’s name is Pierre and the youngest, Ethan. Both kids freaked him out and he constantly questions their paternity. Anyway, apart from that he seems to enjoy being a dad. This weekend he shared a clip that revealed Ethan enjoying his every first Thanksgiving meal.

Rumors about Karine and Paul are trying for another baby arose in September this year. Many fans fervently hope they don’t have any more kids. A lot of people think they really don’t raise the kids they already have very well. Despite their constant fights and drama, it seems that their marriage really works for them somehow. Mind you, TLC fans are used to Paul making massive drama about everything. They no longer feature on the TLC show, but they hope to feature in other reality TV shows.

90 Day Fiance Paul Staehle went to Brazil at one stage, That came after he and Karine had a massive fight which ended their run on the TLC franchise. She left him and he freaked out and thought she’d been murdered or something. In fact, she later joined him in Brazil. However, they seem to have been back in the USA since about Mother’s Day this year. In June, the couple took their kids to Orlando. It was the first time they took a real vacation together. Photos emerged of the kids, Pierre and Ethan enjoying some family-time fun.

Paul Staehle seems to struggle for work so he seemed particularly worried when he couldn’t get a social security number for Ethan. Monsters and Critics reported that he just couldn’t understand it. The outlet noted, “Paul made it clear that he did not understand how his son, who has a “United States passport and birth certificate.”‘ Anyways, it turned out that he needed some documentation from the hospital. Hopefully, he got it sorted out as even critics wouldn’t like to see Ethan starve. 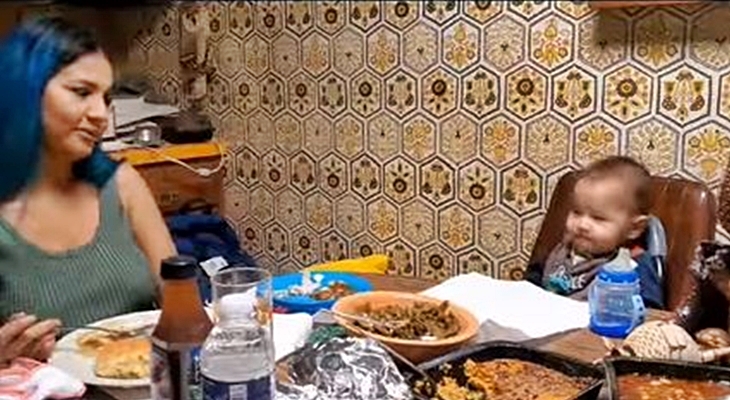 The 90 Day Fiance kid certainly didn’t look like he starved on Thanksgiving. Taking to Instagram, Paul shared a huge spread. To the music of Adam Sandler’s The Thanksgiving Song, Karine fed Ethan who showed a healthy appetite. No mention was made of Pierre, but he was probably also around somewhere. Katine looked happy as her son swallowed the food she offered.

90 Day Fiance fans reacted to the post by Paul Staehle. Little criticism went his way, so perhaps the trolls were busy eating their own special dinners. Lots of fans said that Ethan looked “cute.” One fan wrote, “Your kitchen is a whole 60’s vibe! 🙌.” meanwhile other fans were reduced to writing, “Awww.”