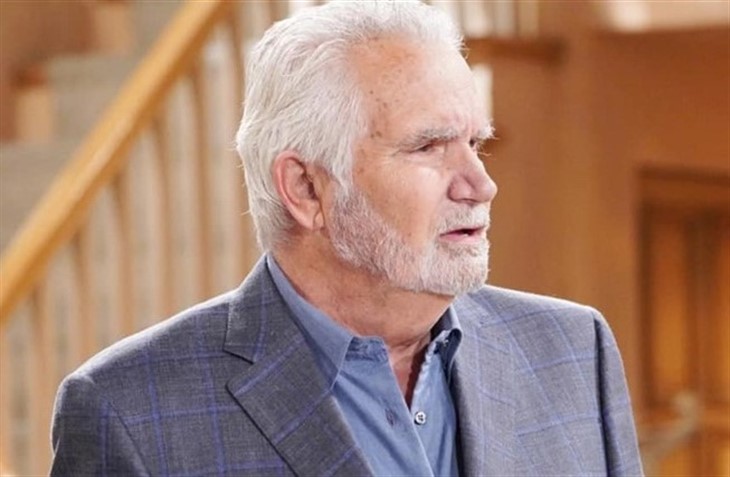 The Bold and the Beautiful spoilers reveal that Eric Forrester (John McCook) and Carter Walton (Lawrence Saint-Victor) work together on a project. Just having to be near Eric and look him in the eyes will be hard for Carter. It intensifies his guilt about sleeping with Quinn Forrester (Rena Sofer). Just how much longer can he really keep this secret?

The Bold And The Beautiful Spoilers – Carter Walton’s Guilt

B&B spoilers reveal that Carter and Quinn both enjoyed their passionate encounters. However, they also feel incredibly guilty about betraying the people who trust them. For Quinn, it puts her entire marriage at risk. She literally just got Eric’s forgiveness and her marriage is back on track. As for Carter, his friendships, career, and reputation are at risk.

Next week, Eric and Carter will work closely together on a project for Forrester Creations. Under normal circumstances, this would not be a problem. Not only has Carter worked for Eric a long time, but they are friends and trust each other. Eric doesn’t seem to suspect anything between Carter and Quinn. However, that might change when Eric senses that something is bothering the COO.

The Bold and the Beautiful spoilers reveal that lying and secrets are Quinn’s specialty. They are not Carter’s. In fact, the COO is the exact opposite and has been the moral compass of the soap. He always does the right thing and there are good reasons why everyone trusts him. So, to suddenly have to keep secrets and lie to the people that trust him will be incredibly difficult for Carter. In fact, he will have a hard time looking Eric in the eyes.

Quinn told Carter that they have to take their secret to the grave on The Bold and the Beautiful. She doesn’t even plan on letting anyone know the truth about what they’ve been doing. Carter doesn’t want the truth coming out either. However, it will be much more difficult for Carter because of his strong moral code.

Plus, B&B spoilers tease Zoe Buckingham (Kiara Barnes) continues to talk about the fling and Ridge Forrester (Thorsten Kaye) asks questions. It seems that something has got to give and the truth will eventually come out. Will it be Carter’s guilt that exposes the truth about “Quarter?”

What do you think is going to happen when Eric and Carter have to work closely together? Will the COO feel so guilty that he ends up blurting out the truth? Or will he keep holding onto his scandalous secret? We will have to keep watching the CBS soap to find out what happens next with this storyline.

General Hospital (GH) Spoilers: Someone Is Watching Michael And Willow – Is It Austin Or?