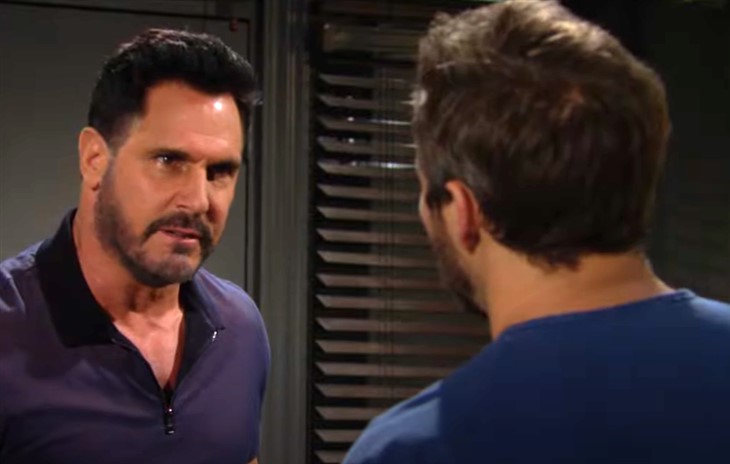 The Bold and the Beautiful (B&B) spoilers for Friday, June 4, 2021, reveal Liam crumbling under pressure when Lt. Baker has a lot more questions.

Liam (Scott Clifton) finally confessed to running down Vinny (Joe LoCicero) and killing him, albeit accidentally. But now Bill (Don Diamont) actually shows he can be a father and wants to take the blame for it all. And Liam also wants to take the blame for it all, so Bill and Liam are telling two very different stories to keep the other from spending years and years behind bars. This makes Lt. Baker a very frustrated officer of the law who is sick of these two men.

Perhaps both men should tell the same story and let the chips fall where they may. If they had called the cops from the side of the road that night, they might not be in trouble at all. So, look where lies and coverups have gotten them. Why would they go for more of that when telling the truth could set them free — in 5-10 years, probably. But in soap opera time it will likely be much shorter than that. Perhaps Lt. Baker will even find out why Vinny was out there that night, which could be the key to everything.

Hope (Annika Noelle) just got Liam back (or took Liam back, as the case may be) and now he is gone again, behind bars unable to be the husband she needs and the father Beth needs. What’s a privileged young woman to do? Why go crying to her mother, of course.

Brooke (Katherine Kelly Lang) is shocked when Hope breaks down in front of her. She thought Hope and Liam were finally happy and all was right with the world. What could have possibly gone wrong so fast? When Hope tells her everything, Brooke is more furious than anything else. She can’t believe Bill would act like this about a man dying. Or maybe she can believe it. She was married to Bill (briefly) after all and knows how he can get.

Will Brooke be the next one who lays into Bill and attempts to make him feel that emotion called guilt? Stay tuned to The Bold and the Beautiful weekdays to see how this story plays out.