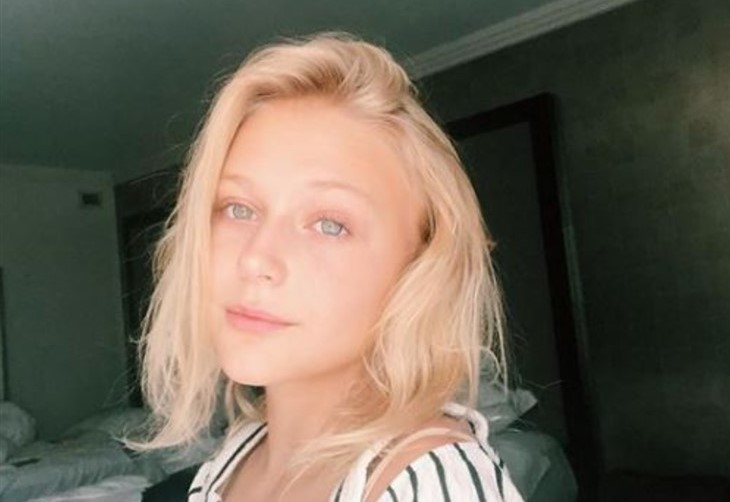 The Young and The Restless (Y&R) spoilers and updates tease fans who have been missing alum Faith Newman on Y&R are in for a treat. The character’s portrayer, Alyvia Alyn Lind has an upcoming thriller movie titled “Masquerade.”

The film, which is set to air on Friday, July 30, is written and directed by Shane Dax Taylor. The young actress, who will play Casey, shared a trailer for the movie on her Instagram account.

The Young and the Restless News – Masquerade’s Storyline

In her post, she said, “So excited to share the trailer for Masquerade! This was so much fun to film and I’m so excited for you guys to see it. July 30th!”

The movie revolves around young Casey, whose life hangs in the balance when a group of people invades her home. Casey must find a way to survive as the intruders, led by Rose (Bella Thorne), search her house for priceless artwork. The thieves will do all they can to get what they want even if that means getting rid of any obstacle that comes their way, including Casey.

Aside from Lind and Thorne, other cast members include Austin Nichols and Mircea Monroe, who play as Casey’s parents. It also stars Skyler Samuels as one of the violent criminals.

Lind appeared in various TV series while recurring on “The Young and the Restless” as Faith. These include “Future Man” and “Daybreak.” She’s also set to appear on a new SyFy series titled “Chucky.” It doesn’t have a premiere date yet but fans are already excited to see the actress showcase her talent.

The Young and the Restless News – For Week of June 7

Alyvia Alyn Lind may no longer be in “The Young and the Restless” but her character still is, as portrayed by Reylynn Caster. In the week of June 7, Kyle Abbott (Michael Mealor) will notice Tara Locke’s (Elizabeth Leiner) struggles with the Ashland Locke (Richard Burgi) drama. He’ll become her confidant, which will draw them closer together.