General Hospital (GH) Spoilers: Someone Is Watching Michael And Willow – Is It Austin Or? 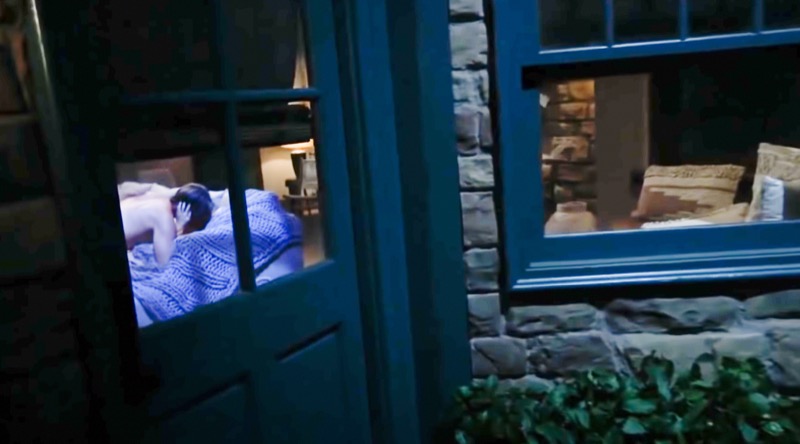 General Hospital (GH) spoilers tease that someone is watching a PC couple undress and get their groove on. Who would be so bold as to witness such a private affair? Here’s what we know: Michael Corinthos (Chad Duell) and Willow Tait (Katelyn MacMullen) are about to have red hot monkey sex and someone is watching. Who is it?

Willow and Michael have returned to her little cottage after a hard day of rescuing BLQ (Amanda Setton) and “her” baby from Pautuck. Little do they know they have been entangled in a huge ruse that has major implications for all involved.

After all the drama they need to unwind and they do so in front of an open window. What are the chances they will be seen?

GH Spoilers- Is A Dawn Of Day Cultie Watching The Naked Couple?

Someone is watching them and it could be anyone. Maybe it’s a Dawn of Day cult member who has unfinished business with Willow? She was a cult member as was her mom and dad, and her mom was in it pretty heavily. It could be that there is still bad blood to be explored.

Then again Michael is a member of two prominent families could make him a target for untold minions. Is he being watched by a rival mob family member who wants to harm him?

Then again, suspicion is right to fall on Austin (Roger Howarth) who is a mysterious newbie. On a spectacular Friday cliffhanger, Austin was seen looking very intently at a sign at GH which had Michael’s name on it.

This immediately led viewers to speculate about what connection there might be between Austin and the Quartermaine or Corinthos families.

We know virtually nothing about Austin—does he have ties to someone in town, maybe Michael? Or is he on a fishing expedition? Someone was looking in the window at Millow and they must have a very good reason for it.If Austin is a bad guy it would explain his presence as an interloper.

But is he a bad guy? He delivered Maxie Jones’ woodland baby, and he appeared to be genuine and frank with her. There’s no reason to believe he’s anything other than what he says he is, a doctor who likes to go jogging shirtless in the woods at night.