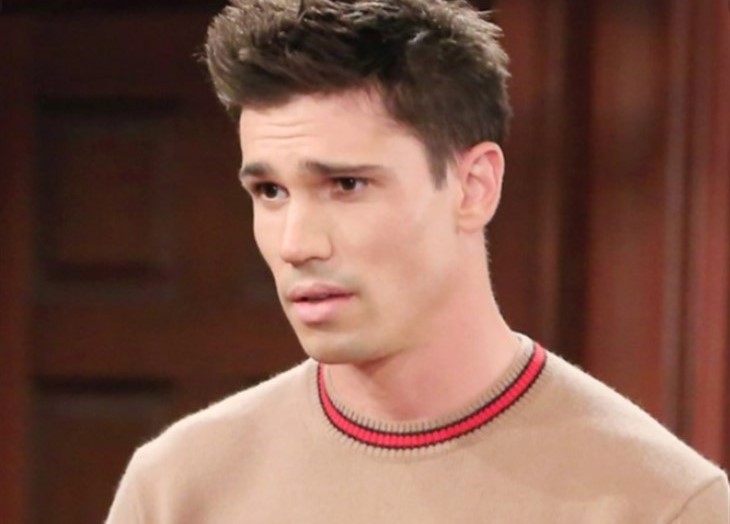 The Bold and the Beautiful (B&B) spoilers document that Liam Spencer (Scott Clifton) saw with his own eyes that he hit something on Mulholland Drive. Bill Spencer (Don Diamont) was his witness and became an unwanted fixer.

Vincent Walker (Joe LoCicero) died on that desolate road. His tragic ending seems a matter of cause and effect. The human body generally can’t withstand being struck by a few thousand-pound vehicles, even one that’s within the legal speed limit.

But was Vinny about to die whether Liam hit him or not? If that answer is yes, then who would be the currently masked killer?

The Bold And The Beautiful Spoilers – John Finn Finnegan Was Enraged

The normally even-keeled Dr. John Finnegan (Tanner Novlan) was more than upset when he confronted Vinny in the hospital laboratory earlier this year. Finn punched Vinny in the face, while he and Thomas Forrester (Matthew Atkinson) were demanding that the truth be told.

Learning that Vinny changed the paternity test results, to make Liam appear to be the father of Steffy Forrester’s (Jacqueline MacInnes Wood) baby, set Finn off. Viewers hadn’t seen him in a fit like that before.

Finn’s backstory hasn’t been detailed. So, it’s fair to wonder who he really is?

Following the theory that Finn sought revenge for Vinny’s actions, it stands to reason that he tracked LoCicero’s character. Fans recall Ridge Forrester (Thorsten Kaye) getting a phone call, which is when it was learned that Vinny was released on bail.

If Finn isn’t a sweet guy, as the audience has been led to believe, then his monster status could be revealed. Is it too hard to imagine that Finn trailed Vinny from the jail and beat him on Mulholland Drive just prior to when Liam drove down the road? No.

The Bold And The Beautiful (B&B) Spoilers: Will Liam Put A Target On Thomas’ Back? Or Will Bill?
https://t.co/UkHW0zrsMo

The Bold And The Beautiful Spoilers – Liam Spencer Is A Thorn

Assuming the above, or something similar is true, then it’s fair to wonder if Finn will also allow Liam to take the blame for Vinny’s death?

Liam questioned Finn’s ethics last year, claiming that his fondness for Steffy impacted the medical decisions he made. Finn was angered by that assertion. He also later laid down the law, telling Liam that Steam time was over and Sinn ruled now.

So, Liam hitting Vinny can work in Finn’s favor, if he brutally attacked LoCicero’s character on that fated night. Liam going to jail for years would keep him out of the life Finn is establishing with Steffy and their soon-to-be-born baby.

Days Of Our Lives (DOOL) Spoilers: EJ’s Promise To Sami, But Her Heart Belongs To Lucas Now

The Bold And The Beautiful (B&B) Spoilers: Carter & Quinn’s Secret Blows Up