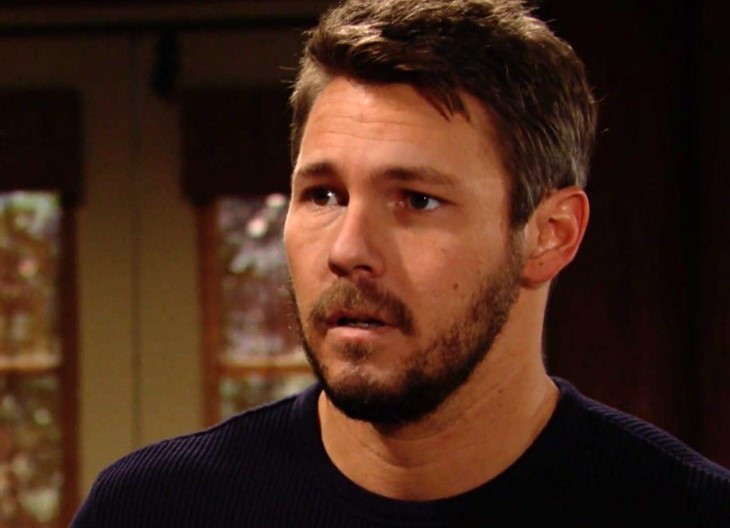 The Bold and the Beautiful (B&B) spoilers reveal Liam putting on his big boy pants and walking into the police station to tell Lieutenant Baker he found his man because yes, Liam is the one who ran down Vinny that fateful night.

The Bold And The Beautiful Spoilers – Hope Logan Gets Cold Feet

Although Hope (Annika Noelle) knows what Liam (Scott Clifton) plans to do and said she’d support any decision he makes, now she’s not quite so sure she wants to lose Liam for years as the poor man languishes away behind bars and contemplates every mistake he ever made.

To that end, she goes to see Dollar Bill (Don Diamont) and lays into him one more time. She agrees with him a bit. There was nothing they could do for Vinny (Joe LoCicero) and Liam shouldn’t have to pay. However, she is also furious with her father-in-law for getting Liam into the hit-and-run mess. Things wouldn’t be so bad if they had just stayed.

Whatever Hope’s fears are, they really do not matter because Liam actually does what he said he was going to do and indeed turns himself in. As expected, he’s arrested and booked immediately and now his family is going to have to suffer the consequences. He tells the cops that it was an accident and Baker wants to believe him but there are other things he has to know.

For example, why were Vinny’s things missing? He had no money, no wallet, no ID. It makes no sense. Did something happen to Vinny before he hit him? It’s what fans have suspected all along but not something Liam ever thought of. He can’t answer Baker’s questions, which makes the cops suspect the hit and run was not an accident after all. Will Liam spend the rest of his life behind bars or will what really happened to Vinny ever come to light?