Days Of Our Lives (DOOL) Spoilers: EJ’s Promise To Sami, But Her Heart Belongs To Lucas Now 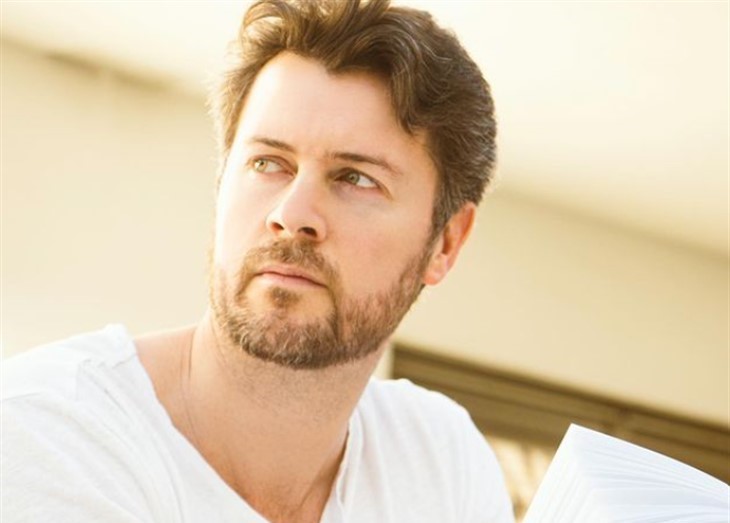 Days of Our Lives spoilers reveal that EJ DiMera (Dan Feuerriegel) shows up in Salem next week. He’s decided to move on from the connection problems he has with Sami Brady (Alison Sweeney). He promises to be the perfect husband and wants to start again. However, he might be too late. Does Sami’s heartbeat for EJ, or is she in love with Lucas Horton (Bryan Dattilo)?

DOOL spoilers reveal that when Sami came to Salem, there was something weighing heavily on her. She confided in Lucas and admitted that physically and mentally, EJ is doing great. However, they can’t seem to connect. Sami has tried everything she can think of, but it’s as if what connected them together was gone.

That’s when Lucas and Sami slept together. The next day, Lucas wanted to talk about rekindling their relationship. However, Sami had quite a different reaction to their night of passion. She said that she was in love with EJ and it was just a one-night stand. She insisted that it could never happen again and told Lucas to keep quiet. However, “LumI” would end up sleeping together quite a few times after that.

Days Of Our Lives Spoilers – EJ DiMera’s Promise And Plea

Days of Our Lives spoilers reveal that head writer Ron Carlivati spoke to Soap Opera Digest about EJ’s return. He will suddenly show up in Salem and Sami wasn’t expecting him. He knows that he hasn’t been a good husband and promises he will be the partner that she deserves. He just needs her to give him a chance to prove it. Sami has wanted this from EJ for so long, but will she give him another chance, or has she already moved on?

“EJ comes in like, ‘I know I’ve been a terrible husband. I know I’ve been distant but I’m putting all of that behind me and I’m going to be the perfect husband because I love you so much.’ So that puts the pressure on Sami. This is the EJ she wanted. Now he’s here, and we wonder if and when EJ is going to find out about Lucas and Sami.”

Even though Sami claims to be in love with her husband, there are a lot of fans that think Lucas is her true love. Plus, Sami has a tendency to stay in relationships even after her heart is no longer in the relationship. We imagine it will be a similar situation with EJ. She will stay with him and try to rebuild their marriage. However, as long as Sami is in Salem, she will have a hard time resisting Lucas.

There is also the fact that Lucas is tired of being pushed away. Despite Sami saying that she loves EJ, Lucas says that he is the one she’s supposed to be with. It might take her a while before she accepts that her heart moved on from EJ a long time ago. Before Lucas grabs Sami for a passionate kiss, he declares that they are “magic!”

What do you think is going to happen when EJ shows up and wants another chance? Does Sami still love her husband, or has her heart already moved on?