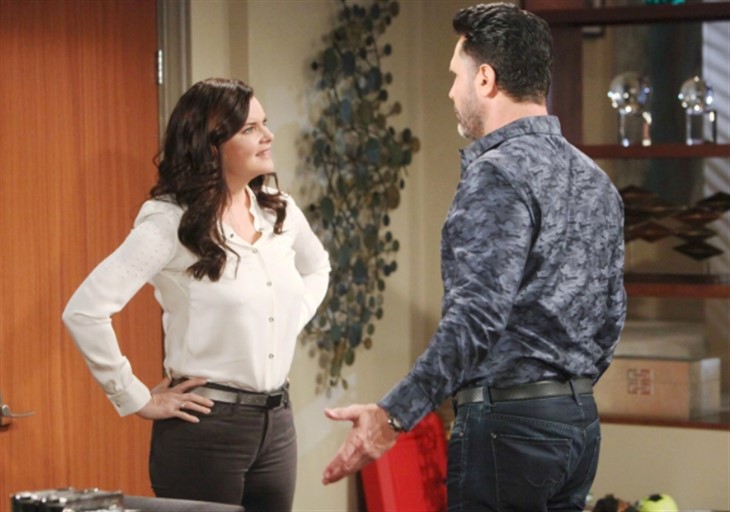 The Bold and the Beautiful (B&B) spoilers document that Bill Spencer’s (Don Diamont) actions weren’t merely protection measures. What he did to shield his son’s accident became a hit and run, with evidence destruction, and the failure to report a death following. Bill’s actions are serious crimes that must be met by legal punishment if justice is to be served.

Vincent Walker (Joe LoCicero) had a girlfriend, as Thomas Forrester (Matthew Atkinson) mentioned a number of times in the past. However, the audience learned that Vinny’s parents are alive, as Atkinson’s dialogue referenced after he’d identified the deceased.

So, in addition to Thomas wanting Vinny’s killer caught, there are three other people who are compelled to learn the truth. Any of those four people could push Bill’s guilt and Liam Spencer’s (Scott Clifton) complicity into the light of daytime.

The Bold And The Beautiful Spoilers – Did Vincent Walker’s Loved Ones Care?

It’s always possible that Vinny’s girlfriend, his parents, or all parties were estranged from him. If so and since this is a soap, no one within that trio can be ruled out as having created the circumstances that led to Vinny’s death.

The above can’t be dismissed until evidence confirms that Bill’s car slam was the only reason Vinny died, unless some other person or force is revealed as being responsible.

A Batie reunion seemed in order within the last handful of weeks. The Logan’s made a push on Bill’s behalf and Katie Logan (Heather Tom) seemed inclined to take the lug back.

Katie loves Bill and has his child, Will Spencer (Finnegan George), who they adore. She also knows that Bill is a wonderful father to their son.

But the amount of times he’s betrayed her trust created so many break-points. His kiss with Brooke Logan Forrester (Katherine Kelly Lang) created the latest, lasting rift.

If not for what happened in Bel Air, Bill just might have been given another chance by Katie. But now who knows if that will happen?

The Bold And The Beautiful Spoilers – Bill Spencer Not Thinking Straight

Bill does mean well. Despite or maybe because of his personality quirks, Bill acts impulsively and in this instance, with wildly irrational impulsivity.

If he’d only called the authorities, like any normal person would have done, then this B&B thriller wouldn’t exist. But Bill was Bill and now he and Liam are in quite the mess.

Katie will come to know what happened. Whether she’s able to avoid having to take Will to see his father in prison and if Batie is able to reconcile should soon be seen in daytime.