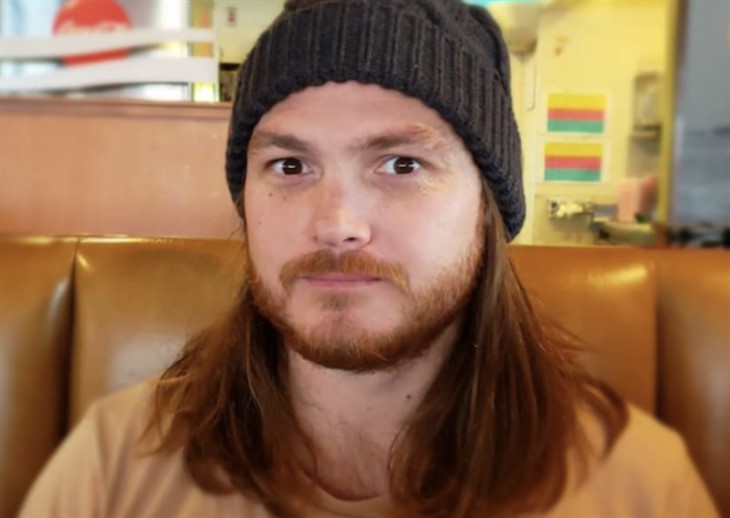 Syngin Colchester of “90 Day Fiance,” posted about his leg injury on Instagram last Wednesday. He revealed that park rangers rescued him in the forest after injuring both of his legs while hiking. He broke one ankle and sprained the other one. Colchester posted a series of videos documenting his ordeal.

TLC – 90 Day Fiancé Spoilers – Injured In The Middle Of Nowhere

The reality star shared that he was alone in the woods when the accident happened. He said he was “in the middle of nowhere.” He can’t call anyone because there was no cell service. In one of his video, he showed his swelling ankle and said, “I can’t really put any pressure on it. I don’t need this right now. I don’t know what to do.”

Colchester stuck his swollen ankle in a stream to get some relief from the pain. After that, he decided to go back to the trailhead to seek medical assistance. While on his way, things turn for the worse, when he fell down and injured his other ankle.

Even with both legs injured, Colchester still tried to make his way to the trailhead until saw park rangers who immediately brought him to the hospital. He also recorded himself when he injured his other leg. 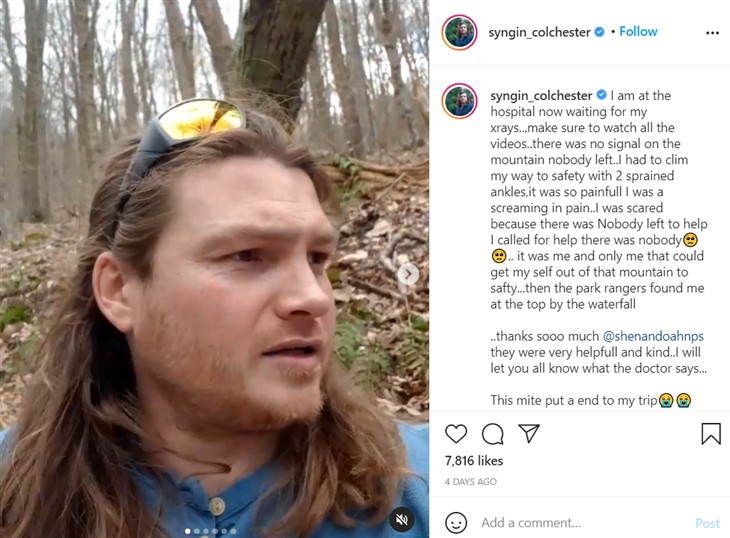 In another video, which he also posted on Instagram, he showed his cast and crutches because he had a broken left ankle and a “very, very badly sprained” right ankle. He shared that there will be no camping trip because it will take him “six to eight weeks” to fully recover from his injuries.

“It really sucks. I didn’t know it was that bad,” he said.

TLC – 90 Day Fiancé Spoilers – On His Way To Recovery

Last Thursday, the reality star updated his fans that he was staying in a hotel to recover. His wife, Tania Maduro, also updated Colchester’s fans through her Instagram account.

In one of her Instagram Stories, Maduro revealed, “I booked him a hotel for tonight in a town with a train so he can catch one home tomorrow.”

“My sister will pick up, help set him up, and bring food that my gramma will make him,” she added.