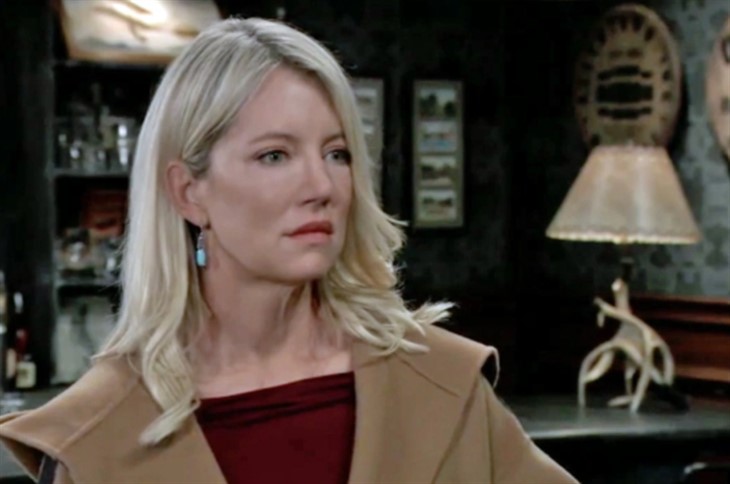 General Hospital Spoilers (GH) suggest two weeks of excitement and unbelievable partners. There has not been a big disaster at Wyndemere since the black and white ball where Emily Quartermaine (Natalia Livingston) was killed. What disaster awaits Port Charles residents in the coming weeks.

General Hospital’s Scott Baldwin (Kin Shriner) will try to reason with Cameron Webber (William Lipton) after he has another confrontation with Jocelyn Jacks (Eden McCoy). Will Cameron listen to Scott when he explains why Jason Morgan (Steve Burton) is innocent?

General Hospital’s Anna Devane (Finola Hughes) will visit Jason and five him an update about Peter August (Wes Ramsey) and his latest crime. Anna cannot reveal details; however, she needs Jason to gain some control over Carly Corinthos (Laura Wright). Meanwhile, Peter’s victim, Harrison Chase (Josh Swickard) will continue to deteriorate while waiting for an antidote. Will Willow Tait (Katelyn MacMullen) give Chase false hope about their relationship when his feels like he is about to give up?

General Hospital’s Molly Lansing Davis will consult T.J. Ashford (Tajh Bellows) about a career move, what will they decide?

General Hospital’s Valentin Cassadine (James Patrick Stuart) may overhear something that give him the upper hand on Peter. Meanwhile, Hamilton Finn (Michael Easton) will begin to act strange, and Liz Baldwin (Rebecca Herbst) will take notice. Does Finn know about Peter’s involvement by this time?

General Hospital’s Scott will ask for Laura Collins (Genie Frances) help to explain to Cameron that Jason is innocent of Franco Baldwin’s (Roger Howarth) murder. However, Cameron will confront Jason anyway, probably at Pentonville. Will Cameron believe Jason when he denies killing Franco?

Meanwhile, Brook Lynn Quartermaine (Amanda Setton) and Maxie Jones (Kirsten Storms) could be the answer to each other’s prayers. Can these to put aside their differences and work together for the greater good? As things fall apart in Port Charles, Nina Reeves (Cynthia Watros) will grow closer to Sonny Corinthos (Maurice Benard). Is Nina setting herself up for heartbreak when Sonny’s memory returns?