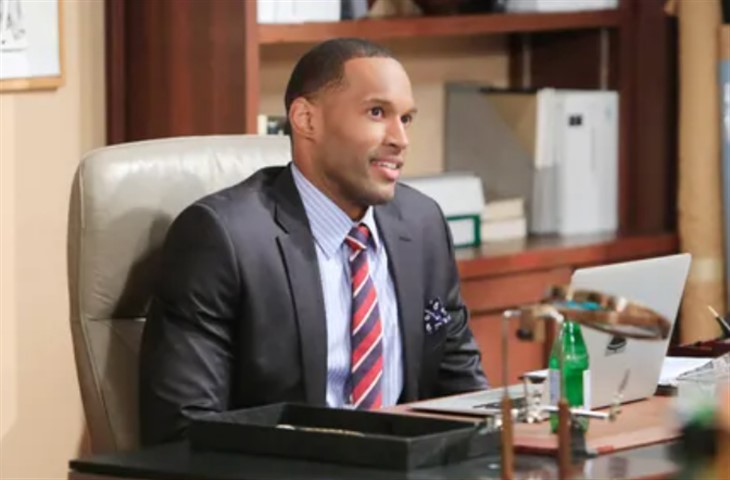 The Bold and the Beautiful spoilers document that Carter Walton (Lawrence Saint-Victor) isn’t ready to reunite with Zoe Buckingham (Kiara Barnes). As the audience heard, he didn’t rule her out of his life forever either.

Zoe’s deplorable actions have been acknowledged and she does appear to genuinely regret what she did to Carter. Although the fans saw that Zoe allowed herself to be baited into pulling a juvenile prank on Paris Buckingham (Diamond White). That scenario was intended to lighten the mood, considering the seriousness of the Vincent Walker (Joe LoCicero) murder storyline.

Bold And The Beautiful Spoilers & Rumors – Carter Walton Was Lonely

The wedding ceremony that Zoe agreed to participate in with Thomas Forrester (Matthew Atkinson) last year proved disastrous. Carter was literally front and center at that pitiful event. He was the officiant at yet another wedding at the beautiful Forrester mansion.

Zoe’s humiliating day touched Carter. That opened the daytime door to these characters plausibly interacting. They did and then Carter, who later realized that he was lonely, made a mistake.

None of the women Carter pursued through the years led to a Mrs. Right. Saint-Victor’s character knows that he pushed himself and Zoe too hard. He asked her to move in with him shortly after they first began dating. Later, Carter popped the question during the memorable fire alarm episode.

Bold And The Beautiful Spoilers – Going Slow Due to Experience

Carter would not take what Zoe did to Paris lightly if he knew about it. Even without that knowledge he’s holding fast to his decision to avoid re-involvement.

Quinn Fuller Forrester’s (Rena Sofer) voluntary couple’s repair efforts imply that a reconciliation will at least be considered, if not realized. But if that happens it’s still reasonable to believe Carter would keep his foot above the brake. Going slow would make most sense, as Zoe would need to prove that she’s serious about having a mature relationship that’s replete with respect.

Bold And The Beautiful Spoilers & Rumors – Zoe Buckingham Is Pregnant?

Having a baby would tie Zoe and Carter together forever. It would be easy to tag Zoe as engineering that development, but maybe that’s not how this storyline will flow.

If Carter and Zoe are set to become parents sometime this spring or summer, then what happened with Zende Forrester Dominguez (Delon de Metz) will be part of the fading past.

Carter will likely want to go slow to start. But the clear chemistry between this pairing could elevate emotion to logic’s level and propel a revived relationship toward marriage and the start of a family.