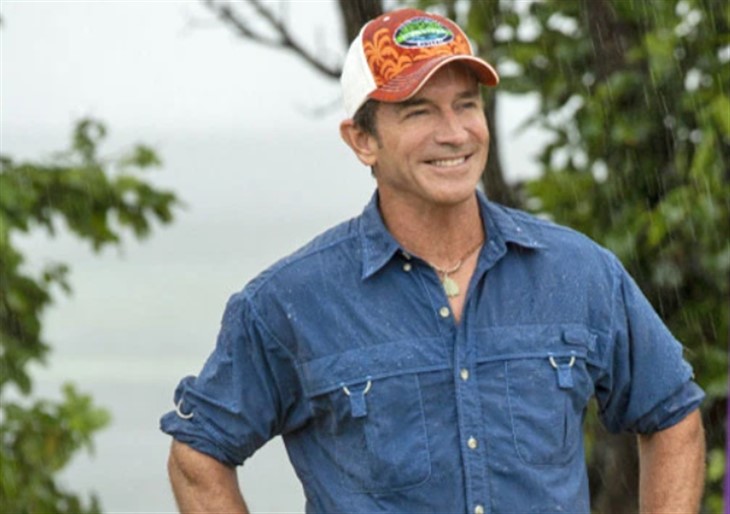 But some viewers feel that in order to go from that rocky start to smooth success, Probst must listen to the critics and fans. Find out what some feel has resulted in the low ratings, and why it’s so important for Jeff to accept criticism below.

The first few episodes of Survivor Season 41 sparked concern for CBS and the show’s producers, per Media Traffic. Survivor premieres traditionally score high on the rating meter. But this year, nearly a million fewer viewers tuned in to watch Jeff Probst guide the contestants through their first days. Pressured to produce better ratings, the show came through, with ratings gradually rising.

But some feel that Survivor faces a challenge in upcoming episodes. And that could determine whether Survivor ends on a high or a low, potentially turning into a cancellation at some point in the near future. But fans think that Jeff Probst owns the power to keep the Survivor ratings up. And what the host needs to do is listen to viewers.

The most recent episode ranks as the best, agree the Reddit Survivor community. As a result, these fans urge Jeff and the producers to heed what viewers liked. “There was no idol played, no extra vote, no time traveling, no legacy-extra-steal-the-super-idol-nullifier, nothing… just strategy, human relationships and a good story,” summed up one fan.

What Could Save Survivor From Future Cancellation?

In an era where “cancel culture” has become a mantra and “woke” is the theme, Survivor fans want to send a message to Jeff Probst and the production team. They feel that the show could get cancelled (or, to put it into Survivor terms, “The tribe has spoken”) IF Hollywood’s muckety mucks fail to understand what viewers want. But the recommendations don’t stop there. Reddit commentators also urge Jeff to listen to what fans dislike about this season.

“It was the best in a while, and no live tribal!” summed up one fan of the last episode. But critics expressed concern that Probst still doesn’t understand what viewers like versus what he personally enjoys about the show. For instance, Probst recently hinted at yet another new twist upcoming. Wrong, say viewers. They want Survivor to go back to its roots and the basics of what makes the game work. And those complex twists that Jeff loves to boast about (see his tweet below) are precisely what turn off viewers.

Do you have this strategy test in the BAG? Tell me your take on a complex #Survivor topic that players face a part of in tonight’s episode. pic.twitter.com/WmnscPancj

“Jeff is a moron,” slammed one fan. And another agreed with that blunt remark. “The fact that Mike White had to talk [Probst] out of building a freaking Economy with fire tokens shows that he doesn’t quite get what works with the show,” added the critic. Ultimately, the Reddit critics agree that the Survivor host seems to exist in a world where producers and staff agree with him… and no one listens to the viewers.

Will Jeff Probst and the Survivor producers keep trying to change the game with every new twist and turn imaginable? Or will they listen to the viewers and return to the building blocks of what made the show succeed? Share your views with us. And then check back on our site for all the Survivor news!