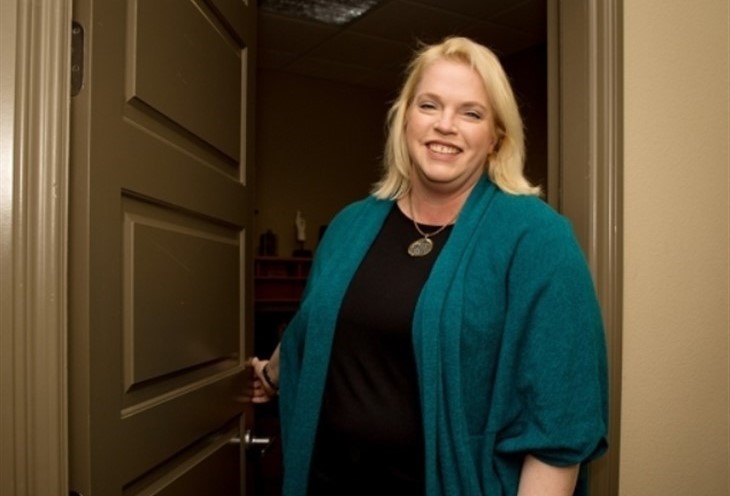 Sister Wives Season 16 comes along soon, and fans have plenty to chew on from teasers and news reports. Watch out for the premiere on TLC on November 21. With a huge focus on Christine, Janelle Brown is not giving away any spoilers. Of all the seasons, this one might attract the most attention from fans. People check out all the wives for hints of what to expect, but Janelle keeps it light. This week, she posted up a photo of herself with her sons Gabe, Garrison, and their respective girlfriends.

In the trailer for the new season, fans saw that Janelle became quite outspoken about Kody. That’s actually unusual. Usually, she’s the most laid back of all the wives. TLC fans aw that she said, “I’m at my wit’s end with this whole b******t stuff.” In fact, she seemed to wonder if all the quarantine rules applied in Robyn’s house as well. Robyn denied she invented the rules of course, and looked sorry for herself. Anyway, apart from revisiting quarantine which upset fans a bit, the story also revolves around Christine leaving Kody. Both of them made the official announcement this month.

Sister Wives fan thought for a while, that Janelle might also leave Kody and depart to Utah with Christine. That came after she and Savanah took a road trip with Christine and Truely to California. However, that got knocked down this week when she told her fans that they move to another house for the winter. That house is not in Utah. So, clearly, she remains in Flagstaff. Actually, she looks forward to returning to the RV on the Coyote Pass property next spring. On November 9 she also shared that she went out for a meal with her sons, Garrison and Gabe. Both of them still remain in Flagstaff as well.

Janelle shared a photo of them at what looked like Texas Roadhouse. In her caption, she wrote, “Dinner with Gabe, Garrison and their “plus ones” 😀😀” As usual, Christine’s son Paedon commented. Actually, he always comments or likes posts by the family. He wished he could be there as well. So, Janelle told him, “that would have been amazing !!!” Fans know that Garrison moved into his own trailer near a river before Janelle moved into her RV. Perhaps they moved into the short-term rental with Janelle now that she moved away from an outdoor lifestyle.

Sister Wives fans liked the photo a lot and one of them commented, “Ahh, your boys are so grown up. Grest (sic) job, they look well and happy.” Then another fan wrote, “I’m so happy Gabriel adapted and is thriving in Flagstaff!! It’s so good to see! My heart went out to him when you all were moving.”

Sister Wives fans saw that Janelle was not all that happy when Kody proposed the move to Flagstaff. After all, it meant a change of school for Gabe. He also hated the idea and eventually, his mom got him a rescue dog to cheer him up. These days, he seems quite happy where he is.